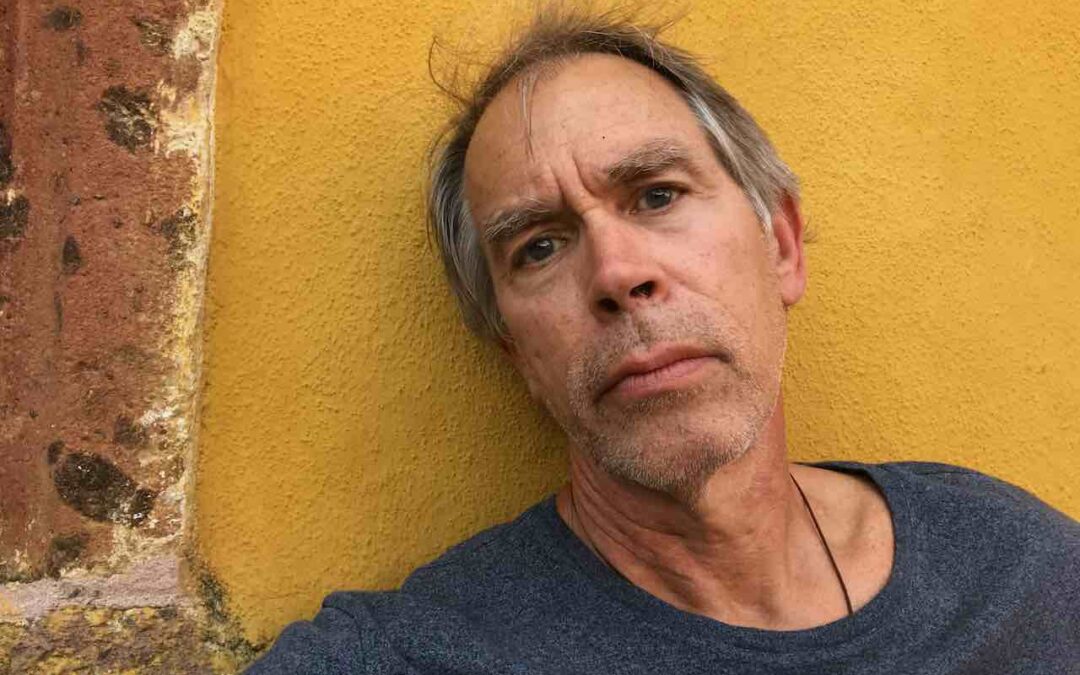 Who among us does not want to be seen, to be fully understood and appreciated, to be respected and honored for whom we are? Who does not want to be wrapped in that warm blanket we call “unconditional love,” where we feel we can do no wrong, and where our shadow side is just as celebrated as our light? For are we not a mixed bag of light and dark, health and injury, joy and sorrow, a flawed and fallen creature who longs to be accepted “as is”?

You’ll find the full essay below, included as a chapter in my third book Blue Skyways. I hope you enjoy it!

“I wish I hadn’t cried so much!” said Alice, as she swam about, trying to find her way out. “I shall be punished for it now, I suppose, by being drowned in my own tears!”

It was the word “de nada” that triggered me. In Spanish, as in Portuguese, de nada means “you’re welcome.” It is the polite and standard response to “thank you.”

I had not heard the word de nada in a long time, as I have been traveling mostly through non-Latin countries. But upon arriving at the airport in León, Mexico, I said “gracias” to the immigration officer, and he responded with de nada. I immediately felt a twinge seize my heart, and I knew why.

My second wife is Latino. De nada is a word she would say to me whenever I said “thanks” to her in her language (“obrigado”). De nada is how her large and extended Latin family would respond when I visited them in Brazil, a family that welcomed me like a son, and a family I fear I may have lost now the marriage is failing. It is a loss that weighs heavily on my heart.

Such simple words, and yet they convey a powerful sentiment, for they say, “I see you.” I see you for the favor you rendered me (“thanks”) and I see you for expressing your gratitude (“you’re welcome”). I see you.

Who among us does not want to be seen, to be fully understood and appreciated, to be respected and honored for whom we are? Who does not want to be wrapped in that warm blanket we call “unconditional love,” where we feel we can do no wrong, and where our shadow side is just as celebrated as our light? For are we not a mixed bag of light and dark, health and injury, joy and sorrow, a flawed and fallen creature who longs to be accepted “as is”?

There is a scene in the movie Avatar where the human Jake Sully, a paralyzed former Marine, is dying while still embodied in his eight foot tall, alien blue avatar suit. The blue Na’vri woman who has fallen in love with him, Neytiri, cradles her husband‘s dying blue body and says, again and again, “I see you.” It is, for me, the most poignant moment in the film.

I see you Jake Sully. I see beyond the blue suit you are wearing. I know you. I know you to be something more than what I see, somebody more complex, not “good” or “bad,” but both and neither. I see you in your fullness and to the depth that anyone can be seen, because I choose to. I am making the effort. I am putting in the work. I see you, and I love you.

Who doesn’t want that?

De nada. Such a simple idea, but it dropped into my arid soul like a spark that day in the airport, and a fire started. Later that evening, after I checked into my room and was sitting at an outdoor restaurant, the fire burned me into the black ash of sadness.

The heat had evaporated out of the dry Mexican air, and the restaurant put out flaming heaters to ward off the evening chill. The townspeople were out in droves, nicely dressed, joyful, enjoying the sparkle of their fine city and the magic of a cool Mexican twilight. Many couples passed me by as I sat watching, young and old, strolling arm-in-arm while street musicians competed for their attention, and the last rays of golden sun lit the crown of a church steeple towering over the promenade.

The scene could not have been more romantic, but there was no one there for me to share it with, no one who did the work to see me behind my avatar, and yet was still willing to cradle my grey head when I die. Oh that the last words I hear before passing are, “I see you Brant Huddleston, and I love you.”

I left the restaurant and walked through the crowded streets until they became dark and empty, found my room, showered and climbed into bed. The night was silent except for the song of crickets and the occasional bark of a dog or yowl of a cat. Street lights flickered outside my curtained windows. I searched my phone in desperation for someone, anyone, who was willing to reach through the digital jumble of soulless computer software and electronics, through the cold reaches of space to the silent satellite gliding high above me, through my social media avatar, and down to my small room in Mexico.

How could I have missed it? I am healthy. I have a bit of money. I can travel the world for next to nothing. I have friends. I have a thousand reasons to be thankful, but that night, as I lay alone in bed, I chose to push away gratitude and wrap myself in the death shroud of pity. The universe was saying “de nada” in a million different languages, but at that moment, in that room, I neglected to say “thanks.”

I am writing this on the following morning, sitting on a balcony overlooking the colorful town of Guanajuato, washed bright by a clear blue sky and perfumed with fresh, cool mountain air. There was a foot race this morning, and the townspeople are celebrating their accomplishments on the street below me. Mountains dusted sage green loom over me, their steep rocky slopes illuminated by the rising sun. The day is growing warm.

This morning, I possess all the same reasons to be thankful as last night…plus one. Today I choose to be grateful, despite and perhaps because of my blue mood.

And to that the Giver responds.

Unfortunately, the depression that started in Guanajuato returned with a vengeance after I left that city and travelled to Oaxaca, Mexico. The trigger was a clumsy phone conversation with my second wife. She had not called in weeks, leading me to believe she did not care where I was, whether I was ill or well, or if we might see each other again. I felt completely uncared for. I longed for something I felt I did not have, her affection, and that dependence brought me down. I was having a good old-fashioned pity party.

I spent my few days in Oaxaca in a funk, made deeper by liberal quantities of mezcal I bought from a local distillery. I deleted Facebook from my phone, cut my “social” interactions to a fraction of what they had been, stopped calling friends, and holed up like a wounded animal in his burrow.

But my funk was about to go deeper thanks to a little intestinal bug I picked up, not in Mexico, where I was noshing on street food eaten with dirty hands and washed down with fire water, but from, of all places, Dallas, Texas.