I’ll Have My Medium…Rare. Talking to the Dead 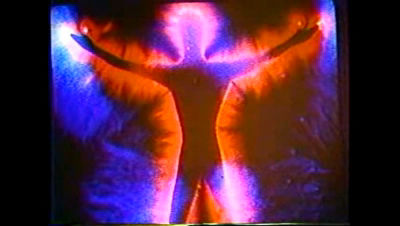 Talking to the Dead? Maybe

Recently I sat through my first ever experience with a medium who billed himself as “an internationally renowned psychic medium, spiritual teacher, author, and radio host.”

During his show (to a packed audience), the gentleman exhibited his parapsychology, and despite my skepticism, I was initially impressed.

For example, he “saw” the dragon tattoo on the arm of an attendee’s husband, even though the husband was not there. That’s pretty specific. More often his “hit rate” was about 75% (25% pure duds), and of the 75%, most could be explained as just luck.

I mean, if you throw a hook in the water enough times, you are likely to pull out a fish one way or the other.

Example A:
Psychic: “Tell me about the volcano.”
Subject: “Volcano? I don’t know anything about a volcano.”
Some other person 20 feet away: “Hey! I visited a volcano last summer!”
Psychic: “You see? It’s there!”
Audience: [Gasp!]

Example B:
Psychic: “Tell me about the volcano.”
Subject: “Hmmm. Not sure. I made one out of paper mache as kid once.”
Psychic: “That’s a YES! Your dead father is trying to tell you he is proud of what you create.”
Audience: [Gasp!]

So, c’mon now folks. Who doesn’t want to hear that his father say that, besides nobody? It’s wishful thinking.

Tuning in the Supernatural

I am willing, however, to consider that psychic “readings” are like trying to tune into very (very) weak radio signals, which come from a plethora of sources.

Using that metaphor, the psychic might think she hears country music, but it is in fact bluegrass, and she might think it is coming from source A, but it is really coming from Source K. I am also willing to consider that if one practices such tuning, one can get better at it.

While I am not a non-believer (an intentional double negative), much of what I witnessed reminds me of what I saw many times from evangelical Christians who believe that God, the Devil, and angels are active in the minutia of their lives, helping them find parking spots (Source: God) or trying to kill them with a frayed electrical wire (Source: Devil).

In other words, both psychics and spooky Christians are interpreting the routine happenings of everyday life in a spiritual context, searching (sometimes desperately) for meaning and guidance.

The Mystery of Psychic Phenomena

Where I really got duped is when I witnessed, with my own eyes, the aura around a volunteer, the psychic brought to the front of the stage.

It was not just a fixed halo, but rather a moving aura as one might see around the sun. Based on the comments I heard coming from the audience (there were probably 100 people there), many others also saw it, and the psychic, using a laser pointer, fairly accurately outlined the woman’s aura and identified its characteristics.

While there was some debate on the color (some saw blue, I did not), I was NOT just imagining this, so I suspect there is a scientific explanation, which does not rule out that it is indeed an energy field produced by the human.

And why shouldn’t there be an aura? Quantum mechanics tells us that subatomic “particles” are not really discrete, marble-like particles at all, but rather energy fields that diffuse outward and are in constant motion.

We also know, thanks to Einstein and his famous equation, that there is a direct correlation between mass and energy. So we are mass and we are energy. We are both. Photons are both particles (mass) and they are waves (energy).

We are simultaneously sentient beings (in the physical body) while we also contain the Buddha nature, that is our intrinsic potential to transcend the conditions of samsara and attain enlightenment.

We can, with practice, hold these two truths together in one being, providing we don’t become obsessed by the one at the expense of the other.

“What you saw,” he said, “was the aura created by minute movements of your eye as it moves from the dark form of the woman to the light background.”

He was merciful in not adding “you idiot” to the end of his explanation.

In other words, stare at any object for a moment and then transfer your gaze to a white sheet of paper and you will see a shadowy image, or its “aura.” It is not the paranormal ~ it’s just optics and the natural function of your eye.

How easily duped I was, despite what I thought was my solid skepticism.

I am often encouraged by well-intentioned guests on my podcast to consult a medium so that I might communicate with the dead, but for now, I suspect my encounters with a mediums will be…rare.