Life and Death on the Roulette Wheel 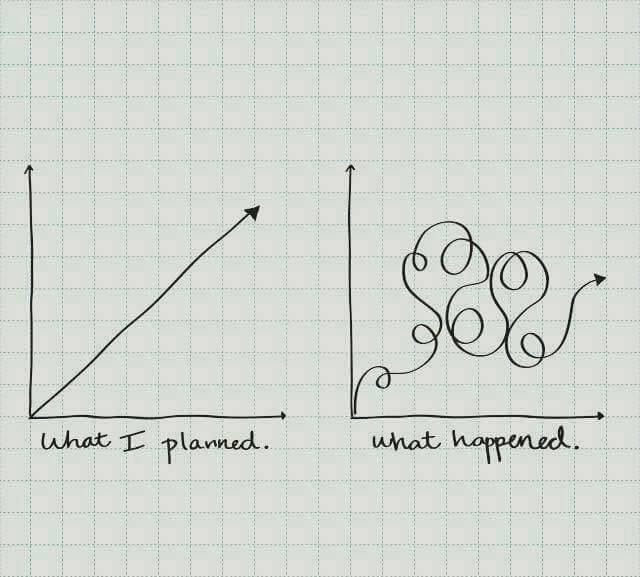 Polished television commercials from financial planning services urge us to start young, scrimp and save, and be well prepared for our “golden years.” They are providing good advice, and I hate them. My stomach churns whenever I see the seniors pictured in these ads…radiating good health, smiling with perfect teeth, walking along a beautiful beach in their sun drenched retirement, secure in the knowledge they’ll have enough money to live until they die… with plenty left over for their kids.

For most of us boomers, that picture is a myth and as elusive as a unicorn. Especially cruel is the tagline of one such financial services firm: “Life well planned.” Do they not know this truth?

I scrimped and saved as much as I could throughout my life, while raising kids and struggling to keep a mortally-wounded marriage together during the booming Reagan years. In those heady days, I succumbed to the pressures of being a Young Upwardly Mobile Professional (they used to call us “Yuppies”), driving BMWs, sipping Goldschlager, and engaging in a contest to see who had the most swagger and moxie, or in other words, who could make and spend more money.

The future? “That’s tomorrow,” we’d say while draining the last few flakes of gold down our greedy gullets and wiping our mouths on the sleeve of our Pierre Cardin suits. Speaking for myself, I possessed little of the thrift of my parents, both of whom survived the Depression and knew how to economize (I used to call them “cheap.”)

News flash. The party’s over. If you’re like me, you’ve found yourself in the 21st-century without the million dollars the financial advisors said you should have by this age. And this brings up an interesting question…What if we didn’t have to play roulette with our savings, hoping against hope that we don’t outlive our savings? What if it were the other way around, that the day we run out of money, we die?

Few of us want to be burden to anyone in our old age…not to our children and not to our country. And many boomers fantasize they will just keep working (see poll below) to avoid forced retirement in decrepitude.

But let’s face it…Walmart only needs so many greeters, and I may not be physically or mentally able to add value as a worker in a competitive marketplace.

Are you thinking Social Security is the answer? Forget it. The average payout for someone my age is $16,000 a year. You can’t even wink at a bottle of Goldschlager on that kind of annual income.

Sooner or later (and sooner is coming quickly) we are, as a country, going to face the stark reality that there simply is not enough money to pay for boomers like me who are in good health and likely to live longer with the high operating costs of old age.

Avoiding a national, financial train wreck involves knotty ethical problems that we, as a society, are not talking about. It involves voluntary suicide, or global health insurance, or some combination of both. Untangling the knot requires some deep thinking, soul searching and fearless dialogue. The World Federation of Right to Die Societies offers help with these pros and cons of doctor assisted suicide.

What if, unlike most suicides, which catch us by surprise and thus off-guard, we knew years ahead of time about when a loved one would die, voluntarily, by their choice and volition? What conditions would allow us, in good conscience, to sanction such a choice, either for them or for ourselves? Could it be as simple as this leading palliative care nurse and author’s rational, who said, “I do not want people to remember me as a sort of old lady hobbling up the road with a trolley?”

500 years from now, when the world finally decides (as many other countries have), that it is foolish to spend trillions of dollars on big military when we could spend them on life, we will have a program that guarantees no human, rich or poor, ever has to worry about growing old without the dignity and care that money presently buys. Not one of the 25 million Baby Boomers presently destined to live their sunset years in decrepitude will need to worry about that.

In 500 years, we will figure this out. No human entering “old age” and preparing for death, hands-down the scariest, most awesome journey one will ever take, will be anxious about his or her final days. Good care will be guaranteed through to the end, whenever that may be, our last day determined by the divine alone and not by our own hand.

But it’s 2018, not 2518. Nothing is guaranteed. I do worry, and I am better off than most. My roulette wheel is spinning, and if it stops in my 60s or 70s, as it did with my father and grandfather, I will have gambled and won. If I live until my 90s, as my mom has, then you may find me withering away in a cardboard box under a bridge somewhere, in the company of tens of millions of other old folks, all sharing a bottle of cheap wine wrapped in a paper bag. Then, with a check that will surely bounce, I might need to hire a hitman to blow my brains out as I hobble into Walmart to buy Depends on an overdrawn credit card.

It gives a whole new meaning to “cleanup on aisle four,” don’t it?