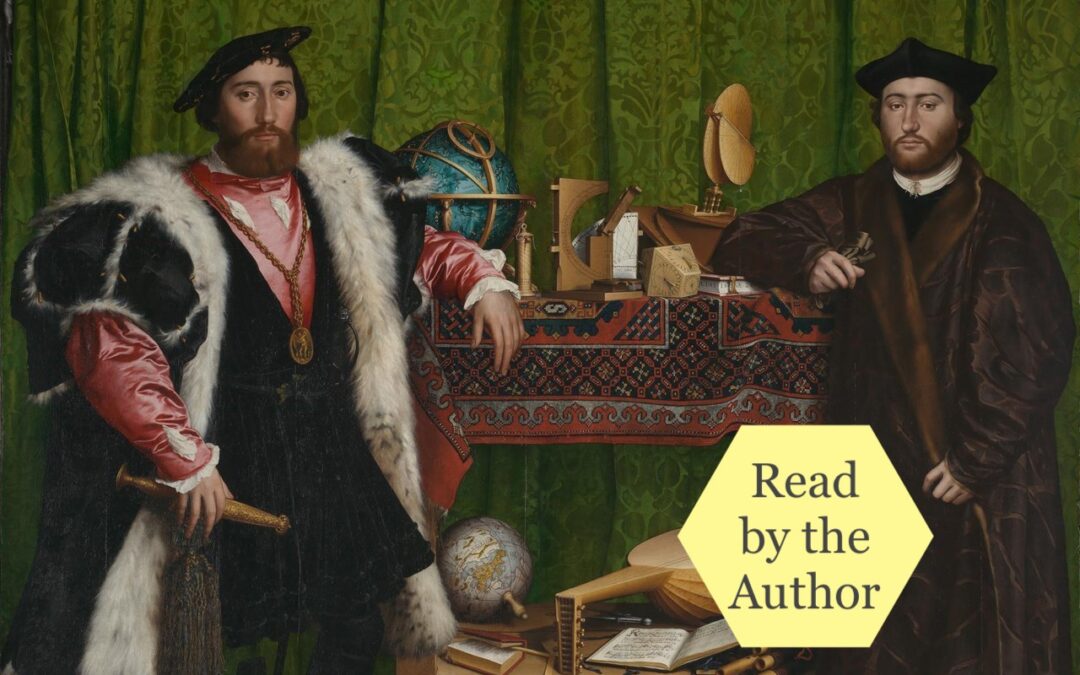 We have always had chaos and uncertainly among us. It is woven into the design of nature and enhances art and science. Learning to accept the resulting anxiety is a measure of good mental health.

Below is a chapter from my book Blue Skyways, now available in print and audio (read by me). However you experience it, I hope you enjoy the ride and that it brings you a blessing!

Get your copy here
Bhuddles09 · More Real Than Real

It is not the critic who counts. The credit belongs to the man who actually is in the arena, whose face is marred by dust and sweat and blood, who knows the great enthusiasm, the great devotion, and spreads himself in a worthy cause.

Far better it is to dare mighty things, then to rank with those poor spirits who neither enjoy nor suffer much because they live in the grey twilight that knows neither victory nor defeat.

Let’s face it — we are all confused as hell by this crazy world we live in. It will never make sense the way we want it to, and I submit that our purpose in this life is not to get there by figuring it all out. There is no “there.” There is only change and uncertainty.

Our destiny (or “God’s will,” if you prefer to think of it that way) is not a “dot” like a period on this page – all black and tidy and discrete with clear boundaries. It is more like a smudge — messy and unclear with fuzzy boundaries. “The journey is the end,” a wise Christian friend of mine says.

I have used typography here to illustrate what is essentially a spiritual insight, but there are interesting parallels in art and science as well — each of which reflect the path of evolutionary progress from the absolute to the mysterious.

In art, the great Impressionists of the 19th century, like Monet, Renoir, and Cézanne, dared to break away from the status quo by adding movement as a crucial element of their work. Using delicate, thin brush strokes and pixilated bold colors, they depicted the passage of time by emphasizing the play of light in an open composition.

Initially scorned by the influential Salon Jury of Paris, who were accustomed to a certain style considered more “realistic” (and also one approved by the powerful Emperor Napoleon) Impressionists showed their technique had the potential to appear even more “real” than “realism,” which can appear dull and static by comparison.

Movement. Passage of time. The play of light.

We find the same three ingredients influencing science in the early 20th century, when Albert Einstein stunned the world with his Theory of Relativity, ushering in the nuclear age and the mysterious world of quantum physics. It is far beyond the scope of this book to explain quantum physics with any depth, nor am I qualified to do so, but I will attempt a short primer in order to make my point.

Essentially, prior to Einstein, the laws that defined natural behavior, such as how far a cannonball would fly from a gun, were defined by Isaac Newton of apple on the head fame (A myth, by the way). Those laws, called Newtonian physics, ruled scientific thought for hundreds of years, kind of like realism ruled art.

But as Einstein and other theoretical physicists attempted to apply Newtonian physics to objects that are either very large (cosmic) or very small (quantum), they found Newton’s laws did not hold true. Something new was needed.

For example, Newtonian physics works exceedingly well for calculating a precise trajectory of a cannonball (a hard, discrete object) being shot from a cannon, but they did not work so well for calculating the precise trajectory of an electron in its orbit around a nucleus. Why not? Because, as modern physicists learned, an electron is not a hard discrete object like a cannonball. It is a smudge! Not only that, but just by observing a subatomic particle, one alters its behavior — a phenomenon described by The Heisenberg Principle, also known as “The Uncertainty Principle.”

Movement. Light. Time. Uncertainty. Concepts embraced by artists to make the real more real, later used by scientists as gateways into the baffling and mysterious world of the quantum. Nothing is as it’s “supposed“ to be. Old laws are broken. New ones are being formed. We are, as Martin Heidegger put it, in a time between the God who vanished and the gods yet arrived.

How are we supposed to make sense of it? It is an impossible objective. The good news is that our crazy world has been that way since it began, and it shall remain so. A trip to the capacious National Gallery in London, just a stone’s throw from Trafalgar Square, gave me a reminder.

There I had the incredible good fortune to stumble upon Hans Holbein the Younger’s epic 1533 painting “The Ambassador,” a work with which I was familiar, as I had seen a documentary on it. Considering the London Gallery contains some 10,000 works of art, it was a lucky find indeed, although I am willing to accept that it was just meant to be.

In this famous painting, made while Europe was still recovering from the Black Plague, Hans Holbein the Younger depicted many objects, each of which has significance. One of those objects is a globe of the world turned on its end, signifying what he felt then and what we still feel today — the world has gone mad. Everything is topsy-turvy. We can’t figure it out. All is in flux.

The Buddha would have told him as much.

My conclusion is that we will never figure out everything we think we ought to know, nor we should never stop trying. This is the quest. This is the journey, and if you are on the treacherous path of growth, then it will be an anxious one.

“Anxiety is the price of the ticket of life; intra-psychic depression is the byproduct of a refusal to climb aboard.” James Hollis

To do otherwise is to live in the gray twilight Teddy Roosevelt warned against, knowing neither victory nor defeat. “You will laugh without all of your laughter,” Kahlil Gibran’s The Prophet said, “And you will cry, but without all of your tears.” A life of this kind can become a hell of our own making.

I’m not sure it makes musical sense to retrofit the old hymn, “I’ve got peace like a river,” (which converts most people who sing it into liars) with the more honest lyric, “I am confused as hell but I’m OK with that,” but we can always try it at our next sing-along. Until then, just hum along to yourselves, feeling your anxiety, and knowing it’s actually a sign of good mental health.

That messy, uncertain, unpredictable, unkempt smudge is your good life.

Enjoy it. You are an artist.