The Intuitive Perception of Hidden Things: What Unsung Heroes Teach Us 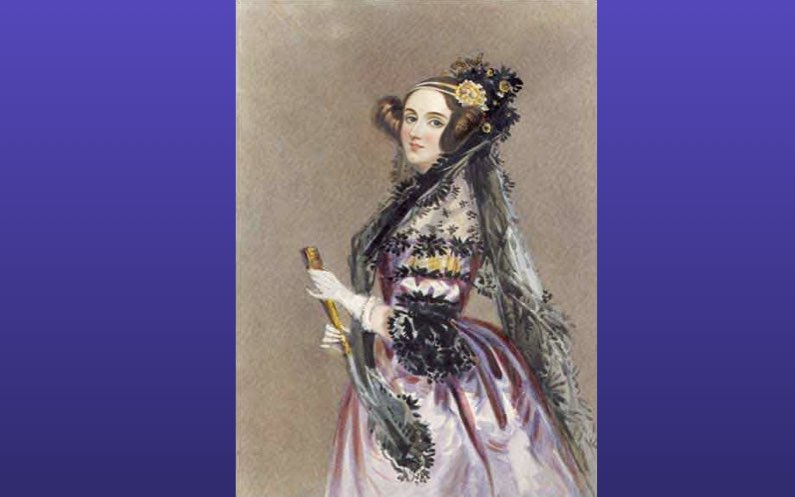 Derek Sivers is the successful founder of CDBaby and a person I admire. His book “Anything You Want: 40 Lessons for a New Kind of Entrepreneur” is one I highly recommend.

I normally respect Derek’s way of thinking, but a recent blog post of his, entitled “Happy, Smart and Useful,” gave me some major heartburn. In his post, Derek makes the argument that “we have the tendency to forget” the value of being “useful” when pursuing a fulfilling life.

People who are “not useful,” he says, are those who fail to focus on “doing something that’s really valuable to others.”

What does it mean to be “really valuable to others?” Does it mean creating something that has immediate market appeal?

Derek said, “Ultimately you must be lifted by those around you.”

Is that the measure of our value, when we are lauded by our contemporaries and peers? If yes, then all of the unsung heroes whose remarkable ideas made modern life possible are abject failures.

In his book “How We Got to Now: Six Innovations That Made the Modern World,” the brilliant author Steven Berlin Johnson chronicles those who, in pursuit of a unique vision and widely disparaged by their contemporaries, doggedly pressed on toward a goal they alone could see, and upon achieving it, turned the tide of human history.

You will not know their names, for they often died penniless and without acclaim. We can only recognize the significance of their accomplishments in the revealing light of history, or as Steven Jobs said more plainly, “We can only connect the dots looking backward.”

It is a rare person indeed who recognizes the names of:

Then there is Ada Lovelace, pictured above, a 19th century English mathematician and writer known for her work on Charles Babbage’s early mechanical general-purpose computer, the Analytical Engine. Her notes on the engine include what is recognized as the first algorithm intended to be carried out by a machine. The obstacles against her were many, not the least of which she was a woman in Victorian England. Any student of history knows that alone was enough to keep her down. But she overcame, arguably becoming the first computer programmer nearly 100 years before the computer as we know it was even invented.

Even with my 30 years in the software industry, I had never heard of Ada Lovelace until Mr. Johnson, publishing in 2014, recognized her accomplishments. From the closing lines of his book we find a superior description of value (with my parenthetical comments):

While I agree with Mr. Sivers that a measure of expedient “usefulness” is an essential requirement for entrepreneurial success, I submit his three rings are too confining for broad success as a human being and wholly prohibitive to being a “time traveler.”
I challenge Derek to add “willing to get a little lost” to his recipe for value, and to keep in mind the following list that I shared with my daughters as they grew up, along with this advice:

If anyone ever tells you that “ultimately you must be lifted by those around you,” you may respond with “Poppycock!!! (or expletive of your choice) The game changers, the ones who turn the tide of human history, are often those who press on when everyone around them is putting them down.

“This ‘telephone’ has too many shortcomings to be seriously considered as a means of communication. The device is inherently of no value to us.”

“The wireless music box has no imaginable commercial value. Who would pay for a message sent to nobody in particular?”

–David Sarnoff’s associates in response to his urgings for investment in the radio in the 1920s.

“We don’t like their sound, and guitar music is on the way out.”

“The concept is interesting and well-formed, but in order to earn better than a ‘C,’ the idea must be feasible.”

“Who the hell wants to hear actors talk?”

“If I had thought about it, I wouldn’t have done the experiment. The literature was full of examples that said you can’t do this.”

–Spencer Silver on the work that led to the unique adhesives for 3-M “Post-It” Notepads.

“So we went to Atari and said, ‘Hey, we’ve got this amazing thing, even built with some of your parts, and what do you think about funding us? Or we’ll give it to you. We just want to do it. Pay our salary, we’ll come work for you.’ And they said, ‘No.’ So then we went to Hewlett-Packard, and they said, ‘Hey, we don’t need you. You haven’t got through college yet.'”

–Apple Computer Inc. founder Steve Jobs on attempts to get Atari and H-P interested in his and Steve Wozniak’s personal computer.

“Professor Goddard does not know the relation between action and reaction and the need to have something better than a vacuum against which to react. He seems to lack the basic knowledge ladled out daily in high schools.”

–Response to Arthur Jones, who solved the “unsolvable” problem by inventing Nautilus.

“Drill for oil? You mean drill into the ground to try and find oil? You’re crazy.”

–Drillers who Edwin L. Drake tried to enlist to his project to drill for oil in 1859.

“Stocks have reached what looks like a permanently high plateau.”

“I’m just glad it’ll be Clark Gable who’s falling on his face and not Gary Cooper.”

–Gary Cooper on his decision not to take the leading role in “Gone With The Wind.”

“Computers in the future may weigh no more than 1.5 tons.”

“I think there is a world market for maybe five computers.”

“I have traveled the length and breadth of this country and talked with the best people, and I can assure you that data processing is a fad that won’t last out the year.”

–The editor in charge of business books for Prentice Hall, 1957

–Engineer at the Advanced Computing Systems Division of IBM, 1968, commenting on the microchip.

“There is no reason anyone would want a computer in their home.”

“Airplanes are interesting toys but of no military value.”

“Everything that can be invented has been invented.”

“The abdomen, the chest, and the brain will forever be shut from the intrusion of the wise and humane surgeon”.