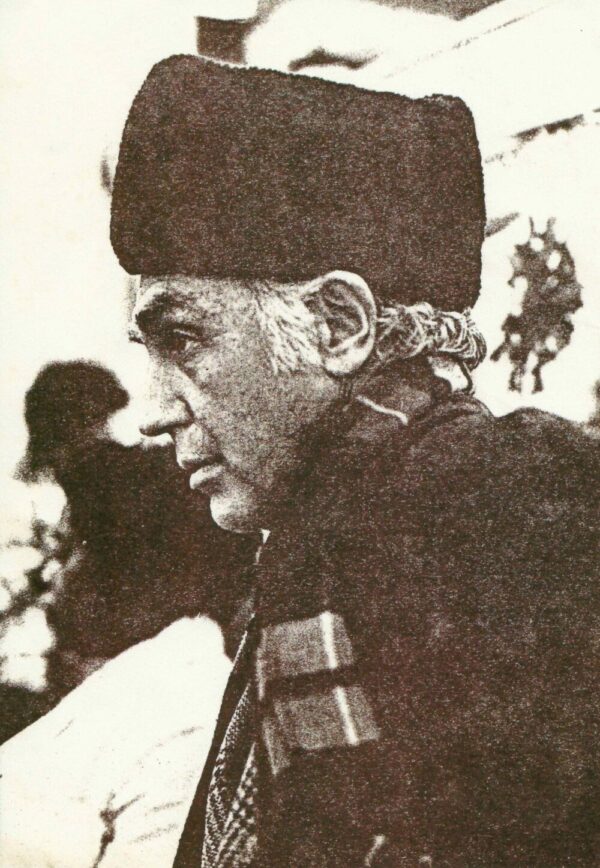 Photo of dad by Beth Richards

I’m worried about men. I believe many of the world’s woes, from gun violence to domestic abuse to climate change, have their root cause in men’s health, which I submit is presently not good, nor has it been for some time now. I want to see that change, so I am doing the only thing I know how to do that might help. I write.

Below you will find a chapter to my new book, The Lost Possum, a work-in-progress. While all chapters are presently free, some are exclusively available to my newsletter subscribers. Those are labeled “protected.” The good news is that you can sign up for the newsletter for free and get a free bundle of goodies in the process. Just click on the orange sign up button found below. What’s not to like?

If you’d like to read The Lost Possum from the beginning, just click here. In any event, I’m glad you dropped by, and I look forward to hearing from you.

Just click on the big orange button to get started!

She said her name was Beth Richards, and then she started to cry. It was a name I had heard all my life, but always through the gritted teeth of my mother, for Beth was my father’s lover for over 20 years.

I never expected to meet Beth except for a conversation I had with a date. I was in my early 50s and newly divorced. Dad had been dead for years. My date and I were just getting to know each other when the woman, a practicing psychotherapist, said: “Tell me about your father.”

Now one doesn’t say such a thing to a licensed clinical social worker with a masters degree in psychology and expect to get away with it scott free. My evasive response threw all kinds of yellow alert flags in my date’s head, and she was not shy about probing further. They don’t call professionals like her “shrinks” for nothing – they are skilled at getting inside your head and understanding why you are what you are.

“Why was he an asshole?” she asked.

“He hurt my mother.”

“How did he hurt your mother?”

I then relayed the only bit I knew about my father‘s affair and how, when I was about six years old, dad emotionally checked out of his family, showing up only as an angry disciplinarian (“I’ll bang your heads together,” he was infamous for saying), militant critic (“Stand up straight!” I heard too many times to count,) and financial provider (he put me and my five siblings through college and generously helped us buy our first houses).

“Why the hell would I want to do that?” I said.

“Because she knows a side of your father that your mother does not know. She knows a different version of your dad’s story than the one you’ve been told.”

“Don’t you want to know your father? I mean, really know him?”

But I also thought about how he had been there, in my earliest years, teaching me how to sail, how to hunt for crabs in Maryland’s Severn River with bologna tied to a string, how to shoot a 22 calibre rifle, and how to paint the house he and mom built by themselves, brick by brick. More importantly, he showed me how to take risks, gave me a love of travel and adventure, and taught me how to navigate a complex, changing world. He demonstrated how to be a man, and how not to be one, in ways I have only recently begun to appreciate.

Dad was six feet tall with a muscular build as lean as an Olympic swimmer. His pale blue eyes belied his northern Italian heritage, and although he was balding, his hair was silver for as long as I could remember, giving him the appearance of an aging Sean Connery. While he rarely smiled at home, I see his grin in pictures, and it is positivley 100 Watt, brilliant and charming. He wore only one piece of jewelry, a gold class ring awarded to him upon his graduation in 1942 from the vaunted Massachusetts Institute of Technology (MIT). There he earned a bachelor’s degree in electrical engineering, later earning a Master’s degree, and enough credits to be just shy of a PhD.

I remember seeing the image of a beaver on that ring, and it wasn’t until I earned my own degree in engineering that I realized how hard it must have been for dad, as he was the son of a Boston milkman who had little appreciation for dad’s “bookishness.” While dad did not inherit his father’s simple, easy going style, dad did gain grandpa’s Boston accent, one common to all my relatives from that side of the family, and one which to this day sounds familiar to my ear. Dad wasn’t so bookish as to dodge the army, joining in 1941 and interrupting his education for three years, leaving service with a limp and a future spot in Arlington Cemetary, where his ashes are today.

Those early years with dad, in the late 50s and early 60s, were filled with the best of everything – a pedal powered train on a track in the backyard, summer vacations at Rehobeth beach, where I got my first taste of cotton candy plucked from a pink plume as big as a woman’s beehive hairdo; an electric monorail I would give my eyeteeth to still have today; an appearance on the Bozo the Clown TV show that dad arranged, a float through Florida’s everglades in a glass bottomed boat, and so much more.

Dad grew a huge garden full of corn, asparagus, lettuce, and bright red and white radishes he ate raw with salt, the same way I eat them now. He bought a new car every other year, including a 1955 teal green and white Chevrolet Bel Air convertible he flipped, giving him a scar under his chin; a bronze 1960 Chevy impala with tailfins as wide as the flying nun’s headgear; a 1962 Chevy Corvair my mom drove and into which, to the astonishment of my friends during a visit to the National Zoo in Washington DC, she packed our picnic basket in the front trunk (Corvair engines were in the rear); and a 1960 turquoise and white Nash Metropolitan reflecting dad’s appreciation for fuel efficient compact cars.

That brick rambler overlooking the Severn River was full of wonderful things…and an attentive father. Then, about 1964, not long after Sputnik, the Cuban missile crisis, the JFK assassination, and during the deep freeze of America’s cold war with the Soviet Union, dad faded from my life.

I would not have given dad or any of his things a second thought except for my conversation with the psychotherapist, but she provoked an interest. “What if dad really wasn’t who I thought he was?” I wondered. “What if he cared for me in ways he couldn’t express? What if there really is a part of the man my mom and I don’t know?”

I decided to find out. I hired a private investigator who provided all known addresses for Beth Richards. Ten looked promising, so in 2010 I wrote up ten identical letters expressing my interest in meeting her and sent them off, just like throwing bottles into the ocean and hoping someone finds just one with a dry letter inside.

Late one night, a year later, when I had nearly forgotten the effort, my phone rang.

“Hello Brant. This is Beth Richards.”

And then she started to cry.

###
Read the next chapter