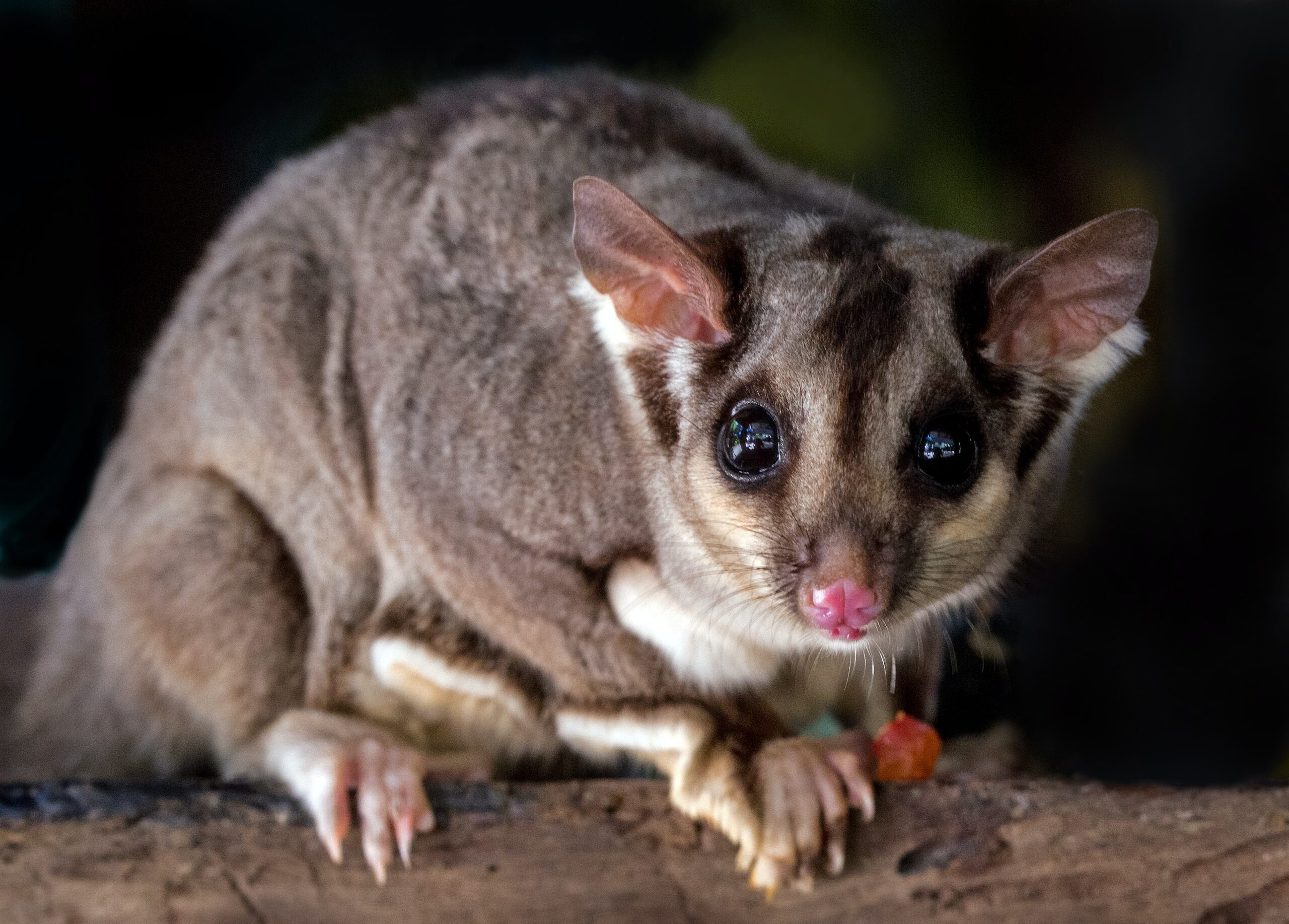 Below is an essay that was originally a chapter in the working manuscript of my third book Blue Skyways. Although I chose not to include this essay in the final manuscript, I still like it and believe it has value, so I am posting it here for you. I hope it stimulates you somehow!

It is impossible to separate male essence from western civilization, as the former has been shaping the latter for eons, both having been influenced by a powerful Greco/Roman patriarchy that deeded modern men with a crippling modus for how we show up in the world. That is, we tend to view the world entirely by the gray matter between our ears (a Greek philosophical tendency) and value ourselves entirely by our economic output, proven or potential (a white Anglo-Saxon Protestant tendency).

What’s missing, as the Divine Feminine can teach us, providing we men are willing to listen, is less about what we accomplish (“accomplishments” as the pièce de résistance of the modern resumé) and more to do with how we synthesize our feelings and experiences, those being core ingredients of “wisdom” (no section for that on the resumé yet). True wisdom requires the integration of mind, body and soul, and a healthy man is in touch with all of these parts of his being.

As Dr. Anita Johnston explains in her book Eating by the Light of the Moon, when we men detach from our bodies, as we often do, we also detach from the earth body, which has its own cycles. This is one reason why men, Dr. Johnston says, who have historically wielded power, tend to run roughshod over the environment. We men are more likely to view the natural earth as something to be conquered and subdued rather than loved and nurtured. This is a spiritually impoverished world view, but until recently, a pervasive one.

The detached, impoverished male world view is not entirely men’s fault. To some extent, perhaps a large extent, men are bred to be detached. We are raised with admonishments such as “big boys don’t cry” and, if we do cry, to “man up.” We are told we are made of dirt and animal parts, while girls are made of “sugar and spice and everything nice.” Our heroes are muscular supermen who are brave and unflinching, who sacrifice all for God, country, Queen, or whatever cause happens to be flaming up at the moment.

As a young man, with WWII looming behind me and the Vietnam War looming ahead, I understood my role to be cannon fodder, that is, one of those who launch into ferocious battle at the sound of a bugle…one of those needed to fight and die in order to preserve life, liberty and the American way. This mindset, however radical it may seem now, serves a valuable purpose. Western civilization, or any civilization for that matter, would not thrive without its warrior class, and the warrior class has, until recently, overwhelmingly been made up of men.

The so-called “long peace” of the late 20th and early 21st centuries (that is, the longest running period of history without a major war) has been good for mankind but devastating for men, who, like animals whose natural habitat has been destroyed, increasingly find themselves out of place, out of their element, in a strange and changing world where nothing works the way it used to, that is (by some men’s reasoning), the way it’s supposed to. The typical male’s most innate and valuable skill, that as valiant defender and slayer of dragons, is suddenly without cause, without purpose. The fierce warrior energy, so common to males, is now all bottled up with no place to go other than sports or business, the modern proxies for war.

If those two outlets fail to relieve, then the displaced animal, with his natural warrior energy converted into rage and confusion inside the pressure cooker of denial, finds an unhealthy way to relieve himself. As poet Robert Bly said in his book Iron John: A Book About Men:

If a culture does not deal with the warrior energy — take it in consciously, discipline it, honor it — it will turn up outside in the form of street gangs, wife-beating, drug violence, brutality to children, and aimless murder.

That tragic man, the displaced warrior, is like a possum whose home has been destroyed to make room for a suburban subdivision. It wanders the city streets and sidewalks, completely out of its natural habitat, foraging for food in dumpsters, and engaging in unnatural behavior that will eventually kill it. This is why, whenever I hear news of yet another school shooting, I don’t even need to ask — the shooter will have a penis. A diseased and misplaced possum bites.

Survival options for 21st-century men are hard to find. Author David Deida, in his book The Way of the Superior Man: A Spiritual Guide to Mastering the Challenges of Women, Work, and Sexual Desire, has done a good job of describing a beautiful way for men to regain their place in the new world. Deide says:

This newly evolving man is not a scared bully, posturing like some King Kong in charge of the universe. Nor is he a new age wimp, all spineless, smiley, and starry-eyed. He has embraced both his inner masculine and feminine, and he no longer holds onto either of them. He doesn’t need to be right all the time, nor does he need to be always safe, cooperative, and sharing, like an androgynous Mr. Nice Guy. He simply lives from his deepest core, fearlessly giving his gifts, feeling through the fleeting moment into the openness of existence, totally committed to magnifying love.

Deida wrote those words in 1997, long before the era of Trump or the emasculating effects of the #metoo movement.

Many see the rise of Trump as the rise of latent fascism in America, the so-called “alt-right” flexing its ugly muscles. That is, many see Trump as a political movement requiring a political response.

I see it differently.

Trump is Deida’s “scared bully,” the King Kong who first frightens people and then offers to protect them…at a price. Watch any episode of PBS’ The Dictator’s Playbook and you’ll see Trump’s tactics are a proven way to manipulate people, so it is no surprise that a hundred million Americans are drawn to him. “Trump will save us,” they say, attracted to his take-no-prisoners machismo, swagger, and bold bravado. He is an orange Mussolini.

But Trump is also, in part, a pendulum swing reaction to the other, unhealthy male role model that gained ground under Obama, one that continues to be hammered home by #metoo radicals, that of Deida’s “starry eyed, New Age wimp…the androgynous Mr. Nice Guy.” This guy is not really nice at all. He has unconsciously adopted a form of self-loathing in a vain effort to appease women (“Men are pigs” is a message I regularly heard from feminists as a teenage boy in the 1970’s), feebly allowing his natural masculine essence to be slapped away so he can “discover his feminine side” (the message I heard in the ensuing 30 years).

That was my generation. Millennials and GenX males are under even greater condemnation, trying to survive in a world where white males occupy the lowest rung in the social ladder, and any one of Facebook’s 52 other genders (yes, there are 52) are above him. I can’t even imagine the pressure they feel to conform, and many do…unnaturally.

I believe that in the years leading up to the election of 2016, Americans took a look at a few of those confused creatures on university campuses, or worse, looked at them across the dinner table, and said to themselves, “Something has gone wrong and we need to fix it.” They are right to think that way: modern men are in trouble, and their situation is getting worse, to the bane of everyone..

Trump was elected in a wayward sexual revolution, not just a political one. Forward-thinking people, both male and female, are scrambling to figure out how a healthy man should show up in a rapidly changing 21st-century world, a world where men have precious few good role models to follow.

Finding Deida’s “way of the superior man” is not easy. It’s as challenging as finding Jesus’ narrow path to salvation. “Few are they that find it,” Jesus said.* Although I actively seek that superior way, I have yet to fully find it, but I never give up trying. I have found it takes a good bit of personal rewiring, hard work, and a shitload of mistakes along the way.

Such is the path of progress.

* Author Corey Wayne says that only three percent of men do the hard work to achieve the level of awareness needed to be truly superior men, hence the name of his book: How to Be a 3% Man.