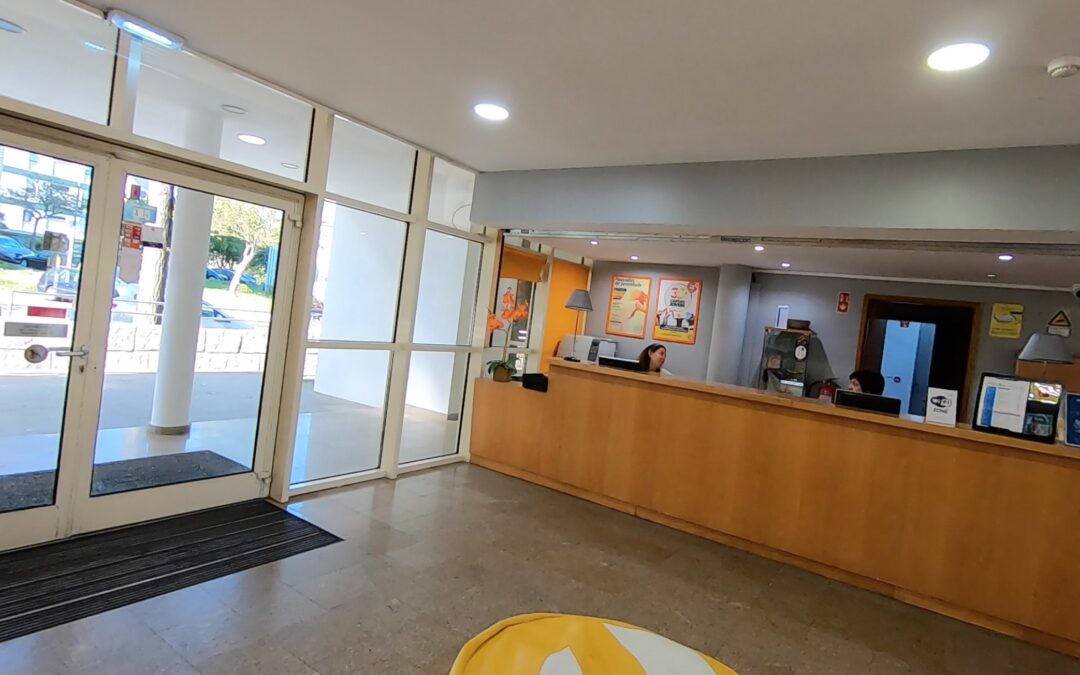 It’s easy for us now, in the 21st century and with the benefit of hindsight, to see the mistakes made by so-called “strong men” like António de Oliveira Salazar, some of them horrific. It’s equally easy to overlook the good they did. They are, like most of us, a mixed bag of good and evil, light and shadow, right and wrong. In other words, they were human.

You’ll find the full essay on Salazar below, originally included as a chapter in the working manuscript of my third book Blue Skyways. Although I chose not to include this essay in the final manuscript, I still like it and believe it has value, so I am posting it here for you. I hope you enjoy it!

A short video of the hostel & surrounding area

Buy your copy of Blue Skyways from Amazon

So many of my thoughts about people come from when I am just walking around alone. I had plenty of opportunity to do that in Porto. I knew no one there, and my hostel near the beach was decidedly unsocial, possessing all the charm of a Division of Motor Vehicles office. I later learned why.

The 1930’s were a decade in which the world was trying to make sense of the rising power of communists, who only a few years before, in 1917, had toppled one of the great European monarchies in the Russian revolution. It was a true revolution in every sense of the word, and it spread worldwide. We are still experiencing the effects of that revolution today.

In the 1930’s, many European countries were responding to the growing power and popularity of communism by yielding to iron-willed “strong men” who gained almost dictatorial power and control, some of them fascists. Germany had Hitler. Italy Mussolini. Spain Franco. England had Churchill. And Portugal had António de Oliveira Salazar.

Americans would be wise to study the conditions that gave rise to the Salazar dictatorship. While Portugal had, since the turn of the 20th century, been politically unstable and economically weak, the overwhelming problem was enormous and growing public debt. Debt was basically out of control, and no one in power had the fortitude to say “no” to spending. Sound familiar?

Salazar was not a politician — he was a brilliant economist — a “numbers” guy. He was, in fact, a professor of economics who was reluctantly dragged into politics. Salazar knew, as anyone who has ever been responsible for managing a family budget also knows, that the “gazinnas” (income) cannot exceed the “gazouttas” (expenses) without incurring debt. Credit cards can smooth things over for a while, but when debt grows too large, the interest payments can capsize the ship.

That was Portugal’s dire situation when Salazar became finance minister in 1928. Within one year, by exercising harsh austerity measures, Salazar stopped the bleeding, stabilized the currency, and even produced a budgetary surplus, something Portugal had not seen in a long time. By 1932 he was Prime Minister, in total control, and would remain a totalitarian dictator until 1974, using a deft combination of repression, shrewd political maneuvering, and tight-fisted management.

In July 1940, the American magazine “Life” featured an article on Portugal, and, referring to its recent chaotic history, asserted that:

Anyone who saw Portugal 15 years ago might well have said it deserved to die. It was atrociously governed, bankrupt, squalid, ridden with disease and poverty. It was such a mess that the League of Nations coined a word to describe the absolute low in national welfare: Portuguesé.

Life Magazine added that ruling Portugal was difficult and explained how Salazar “found a country in chaos and poverty” and then reformed it.

The hostel I visited in May 2019 was built by the Salazar administration in an effort, apparently a successful one, to stimulate Portugal’s tourism economy. The hostel had the look and feel of a government office because it was one. That’s what you get when you shop for the cheapest place to stay in town, which I generally do.

While I did not care for the government hostel and would not stay there again, I could see why it was popular with the large busloads of students I found there. It was cheap, fairly clean, and utilitarian. It had everything they needed and not a bit more.

Let me be clear: I despise totalitarianism, whether it comes from the left or the right. My political philosophy is neatly summed up by the late Anthony Bourdain, who said:

If I have a side, it’s against extremism of any kind: religious, political, other. There’s no conversation when everybody is absolutely certain of the righteousness of their argument. That’s a platitude, but it’s still true.

I don’t like dictators of any kind. I wish we humans could work things out reasonably, democratically. Part of my reason for writing my third book Blue Skyways was to plead with my fellow citizens to collaborate more and dispute less so that we don’t create the environment that gives rise to a “strong man” like Salazar who believes that he, and only he, can set things straight.

So far, at least in the US, I would give us a failing grade, which is one reason we have Donald Trump as president. He is an American Salazar. Bolsonaro, the so called “Trump of the Tropics,” is the Brazilian Salazar. Other “strong men” are popping up worldwide. They possess many unifying qualities, one of which is “the ends justify the means” — an ethic to which I generally do not agree but that often works, at least in the short term.

It’s easy for us now, in the 21st century and with the benefit of hindsight, to see the mistakes strong men made, some of them horrific. It’s equally easy to overlook the good they did. They are, like most of us, a mixed bag of good and evil, light and shadow, right and wrong. In other words, they are human.