The Road of Broken Promises 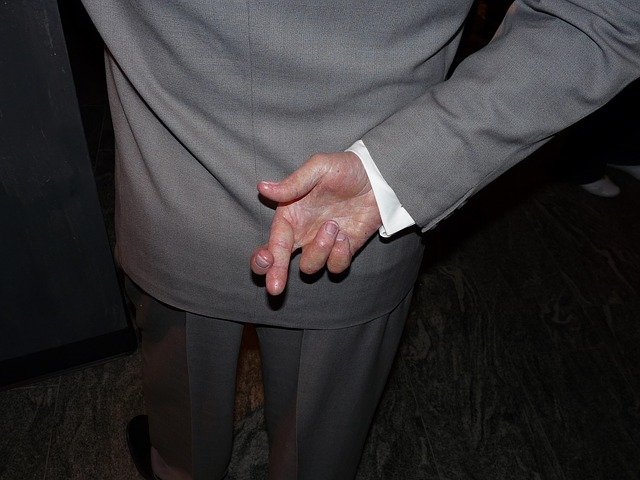 After Russia’s 2022 invasion of Ukraine, I took a strong position against US involvement, producing this protest song and posting numerous memes underscoring my position. Naturally, I was challenged, and I made an effort to respond to challenges with qualifiable information. Some of my responses are found below.

Before any further judgements are made about my views, I urge the visitor to take the time to visit this 18 minute, jaw-dropping visualization of the number of people who died during WWII, paying close attention to the Russian casualties. For those who don’t take the time, I’ll give you the spoiler: The Russians lost 25 times more men fighting the Nazis than the US did. The blood of their precious brothers, husbands, fathers, and sons stains the soil of their motherland, and of their national conscience, in a way that is hard for the average American to understand.

Some will say this makes me a Putin apologist attempting to justify his war of aggression against Ukraine. They would be wrong. I condemn Putin’s war and consider it unjust, illegal, and immoral. I do try, however, to understand how he thinks…to walk in his shoes, so to speak…and that means hearing views outside the narrative of the US government and its sycophantic mainstream press.

Then a different story about Ukraine starts to emerge.

First, I believe the campaign for peace must be as exhaustive as Edison’s invention of the lightbulb. If the 9,999th effort at peace fails, try one more time before taking up arms. War is easy. Peace is hard work. Keep trying. Keep inventing. Be innovative peace entrepreneurs. Go way outside the boxes. Break all your pre-conceived rules and paradigms. Bend over backwards.

Second, I do believe war is, at times, a necessary evil, and were my country to be reluctantly cornered into one, I would want that war to be short, which in my mind, means it must also be brutal. That means having a formidable military designed almost entirely for defense, a public prepared to witness and share in the brutality of war, and a foreign policy along the lines of Theodore Roosevelt’s, who said: “Walk softly and carry a big stick.”

Third, I have Russian friends who have shared their varied views with me on the Ukraine war. From them I have had the opportunity to see the unfolding events from their perspective. I listen. I try not to judge. They are not unreasonable people, in fact, some are very well educated and exposed to all sorts of western media. I can assure you — their views on this war are vastly different than how the western press portrays it. They just see it differently, and the first timid steps toward peace is to walk in their shoes. 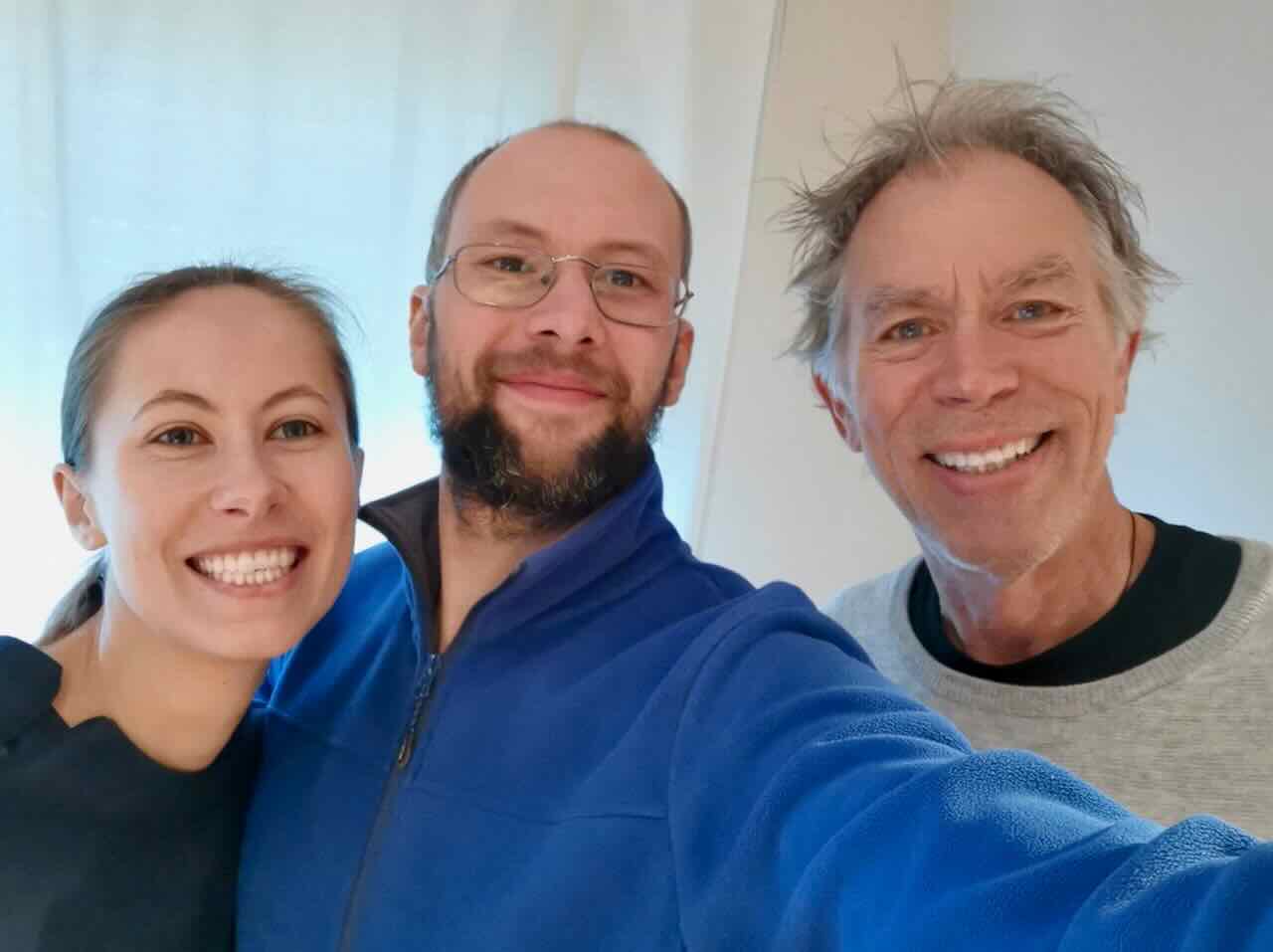 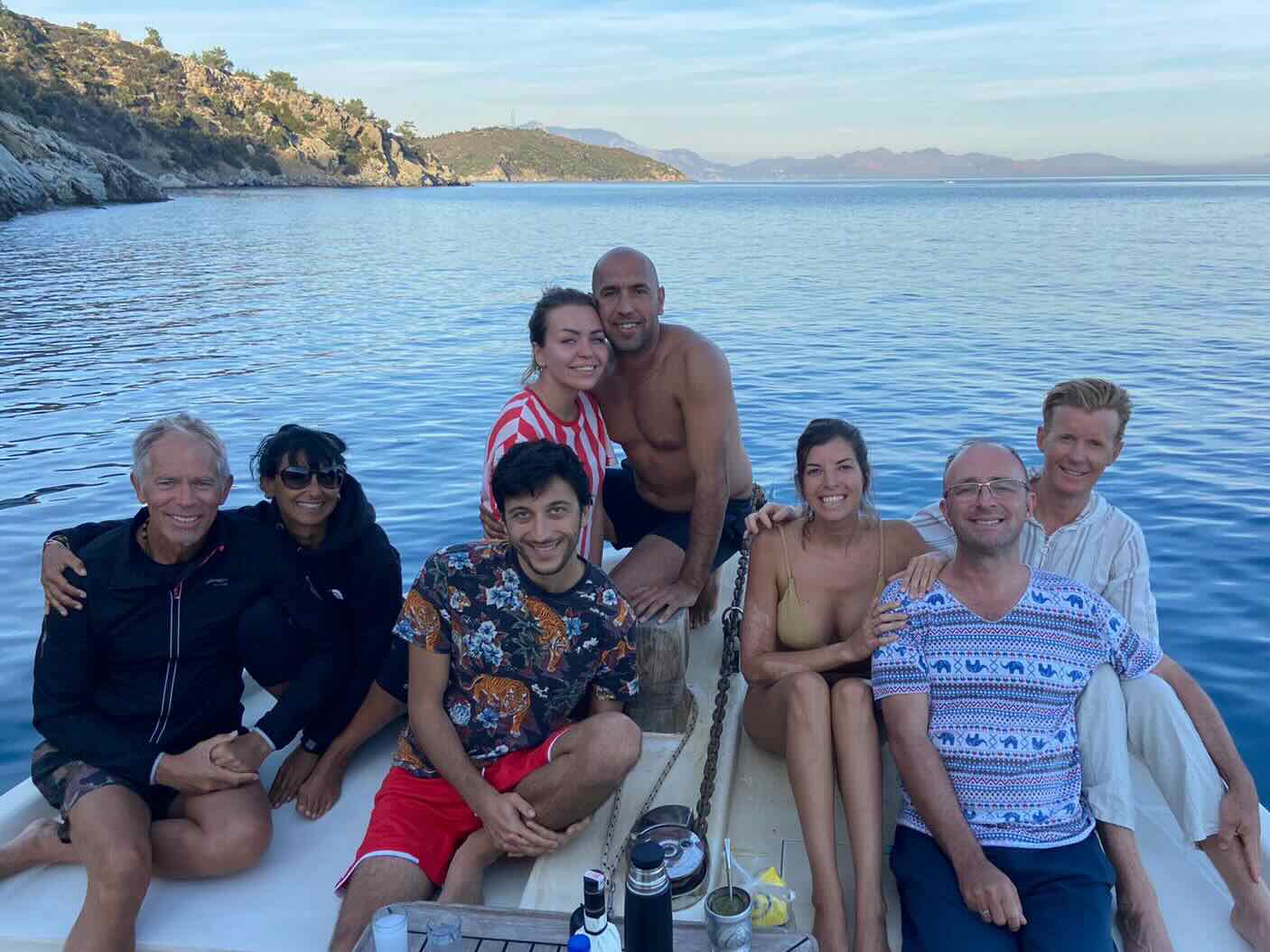 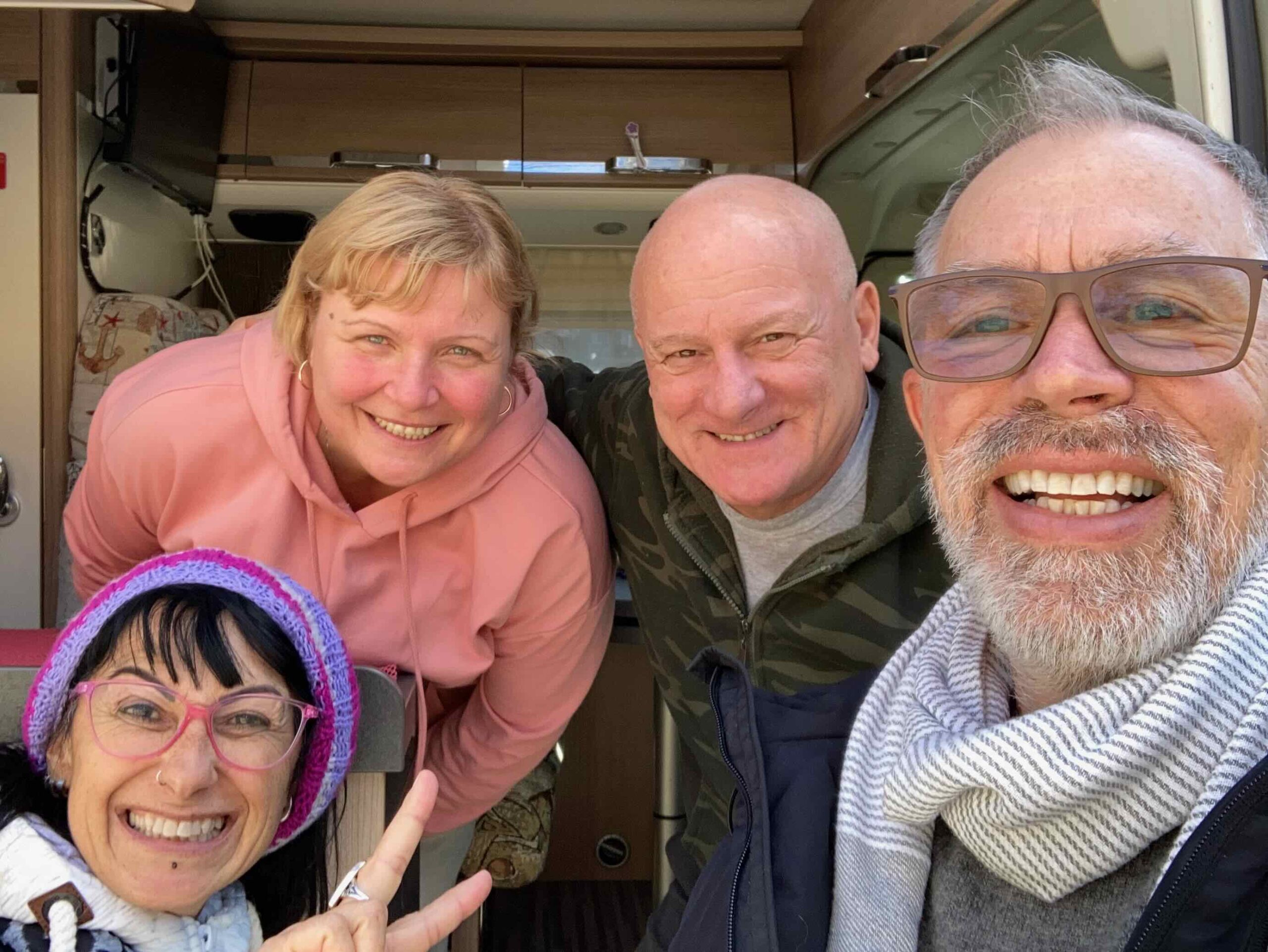 A question I was asked in March 2022: What it would take to justify military intervention in Ukraine?

I am no military expert, but I am told by those who are that winning a war requires 1) defeating the enemy’s military, 2) overthrowing their political institutions, and 3) breaking the will of the people. If you fail at any one of those three, you will have a lingering conflict, a “forever war” with no victory, and a bitter wound that never heals.

Accordingly, the victor must have 1) a powerful, well trained military, 2) a unified, resolute political organization, and 3) a unified populace committed to do whatever it takes, and make every sacrifice. When Hitler invaded Poland in 1939, the United States did not have any of those three. Our army was derelict, training with wooden rifles, old horses, and biplanes made from fabric. Our politicians, traumatized by horrible memories of WWI (the “war to end all wars”), were largely opposed to U.S. involvement in yet another European war, the mustard gas having yet to clear from the last one.

Finally, in the early days of WWII, 85% of the American people were opposed to our involvement. It took Pearl Harbor, a direct attack on our country, to change all that, and it changed quickly. But had we prematurely engaged in war against Nazi Germany in 1939, our horses against their Panzer tanks, we would have been crushed as quickly as Hitler’s mighty Wehrmacht ran over France’s ill-conceived Maginot line. Timing is everything, and FDR knew that, which is why he dragged his feet, allowing the Russians and Brits to spill buckets of their blood for years while we revved up our own war machine. For that reason alone, when I meet a Brit or a Ruskie in a bar, I tip my hat and raise my glass to them. I acknowledge their sacrifice.

Now fast forward to 2022. How would I rate the United State’s ability to win a war with Russia? I would give our military a B+ (although that it remains to be seen,) and our political institutions and public morale failing grades. The U.S. is a divided country, fighting its own civil cold war for years now. The American people and its leaders are far from unified, exhausted by decades of ill-fated “forever” wars and internal strife, and insulated by wealth from making the personal sacrifices needed to win. Putin knows this, which is why he took a calculated chance.

Do I approve of Putin’s aggression? No. But we are not in a position to right every wrong, nor should we try. I believe that is the principle lesson to be learned from the quagmires of the 20th century. Sometimes we will just need to stand by and watch bad shit happen in ways that, unfortunately, only 21st century technology makes possible.

But what of the present crisis in Ukraine? The red line is well established by NATO country borders, and if (and when) Russia (or a Ukrainian troublemaker) crosses that line, then we will have an obligation to go to war alongside our NATO allies. Then the nukes will come out and we will have given up on the peace process far from the 10,000 tries it needed to succeed.

Why, for example, did the U.S. not keep the promise it made on February 9, 1990, when then U.S. Secretary of State James Baker famously assured Soviet leader Mikhail Gorbachev, during glasnost-era talks on German unification, that NATO would not advance “one inch eastward” towards Russia’s borders? In Putin’s enigmatic mind, how does that promise jibe with the 14 countries on Russia’s border that joined NATO since 1990, or our present policy that Ukraine has a right to join NATO if it wants to? Our failure to keep that 1990 promise is an example of ideology trumping practicality.

Why, as another example, in the months Russia was building up its forces on Ukraine’s borders, did Zelensky not avoid impending confrontation by throwing Putin a bone, assuring him Ukraine would never join NATO, and then keeping that promise the way all politicians keep their promises (and the way we kept ours) — with fingers crossed behind the back?

Why does Russia even want Ukraine? For its chief export…grain? Russia has plenty of that without Ukraine. Why would they want to accept responsibility for a country that is among the poorest in Europe and one of the most severely corrupt countries in the continent?

Is it, as the western press is leading us to believe, that Putin has some starry eyed vision of restoring the Russian Empire and is willing to spill Russian blood, plus incur the wrath of well, everyone, so he can own what is Russia’s equivalent of Venezuela, with all its problems?

Or is it as Putin says, a matter of ensuring Russia’s security against the perceived threat of NATO expansionism and an increasingly unstable nuclear nemesis? Occam’s razor comes to mind.

These are questions that must be answered honestly by American citizens and its elected leadership before we go marching off to war.

I will close by recalling that John F. Kennedy had everyone in his administration read Barbara Tuchman’s The Guns of August, a history of how WWI started, so that they would understand how easy it is to bumble into a world war.

Question: Where do we draw the line?

In the context of military engagement, I submit the Truman Doctrine and its derivatives (containment and domino theory, which I collectively refer to as the “let’s nip this problem in the bud before it gets any worse” policies) have not served us well, and I offer as evidence the Korean War, the Vietnam War, our CIA led excursions into Central and South America, the 50 year War on Drugs, and our “forever” wars in Iraq and Afghanistan.

Even in its non-military form (aka sanctions), our containment policy is suspect in its efficacy, and I offer North Korea, Iran, and Cuba as evidence. Those are countries that, as Putin said a few years ago, “would rather eat grass” than bow to US economic pressure. As one who has been to Cuba, I can vouch for Putin’s statement.

The crisis in Ukraine is an opportunity for the U.S. to hang a “closed for repairs” sign on its State Department and take time to consider whether the 75 year old Truman Doctrine and its NATO offspring still apply. It’s an opportunity for us to make some long overdue revisions to foreign policies that have exhausted the American people militarily, economically, and morally, making us weaker, more vulnerable to attack from without and within, and unable to apply the full might of our resources on daunting, global challenges like climate change.

It’s time for us to stop applying 20th century thinking to 21st-century problems. We must finally vanquish Hitler’s long shadow and stop seeing every bullying autocrat with a well oiled war machine as someone who wants to conquer his neighbors and then the world. It’s time for us to stop thinking of ourselves as the world’s policeman, the Calvary coming to the rescue of every crisis, and every country’s knight in shining armor. Bad things will happen, and we will, sometimes, have to stand by and watch them happen. That sucks, but it allows us to pick our battles very carefully so that we win more often.

If Ukraine were part of NATO, then we would have an obligation to fight the Russians, but it is not, and we do not.

Question: So, you’re not big on self defense, eh?

Nothing could be further from the truth!