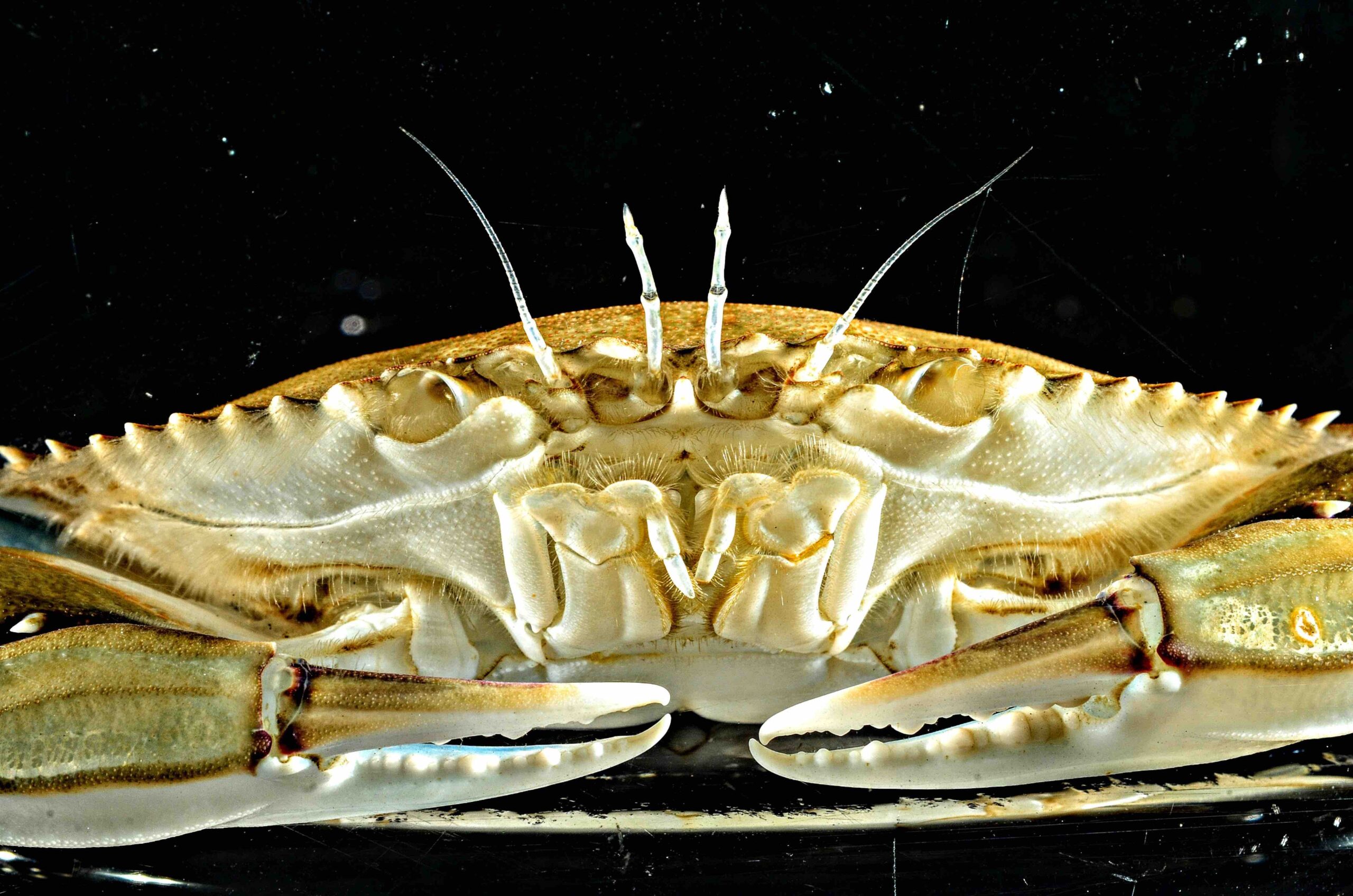 Photo by Diogo Hungria on Unsplash

The crabs first appeared one evening late in the fall, after the leaves had turned brown and lay in wet clumps on the ground. Crabs mostly hung on the trunks of trees at first, and were no bigger than a man’s open hand. It wasn’t until near Christmas that the first one attached itself to the head of a human. It was little Rolf Barel as I recall, who was just about six at the time. I remember reading about it in the newspaper, as little Rolf eventually became somewhat of a celebrity.

By the new year, millions of people were affected, and all the same way. A crab would leap at you from a tree or dark corner and scamper up your body to the crown of your head, where with a sharp pinch it would attach…permanently as it turned out. The crab invasion started in Europe, then moved to Asia, the United States, and throughout the world.

At first, lots of people tried to get crabs off all kinds of ways, almost all of them fatal to the human. Folks would pry or smash or use fire, but those crabs just wouldn’t budge. Most just went to the hospitals until the hospitals were overrun. At first the doctors sounded all positive, like “Don’t worry people, we’ll figure this out”. The Center for Disease Control got involved, and then the World Health Organization. But as the new year turned to summer and then to fall again, you could hear the desperation creep in. Doctors weren’t going to just “figure it out”, and they never did. That was 37 years ago. I was 21 years old at the time.

My crab showed up on February 4th of the second year of invasion. I had stopped for coffee on my way to a lousy job where I changed tires on the big rigs. There were a dozen or so crabs hanging around the convenience store, and one little bugger just dropped down on my shoulder as I walked by. Although it only took a second, I could feel his sharp little feat digging into my skin as he scurried up my neck — just like a roach. He crawled under my hat and, quick as a flash, settled in. I had a headache for a day or so afterward. This is because of what they do to your brain and all, which the doctors could see in the X-Ray pictures.

I can’t say I understand it exactly, but it appears the crab pushes a thin hollow spine through your skull and then threads a tentacle of some sort through the spine and into your soft brain tissue. This tentacle then spreads out, connecting itself in a very precise way to various parts of your brain…even deep into your brain stem. The truth is, once that crab is attached, there is no way of getting it off, other than to kill yourself, of course. Then the crab would leave pretty quick, within a minute or so of death.

I have to admit, I was embarrassed at first. Crabs are ugly until you get used to them. You try and cover them up with hair or a hat, but that pretty much made you look ridiculous. After a while it became normal to have a crab, and we quit talking about them so much. As we learned later, they are not really crabs. You could of figured that out by looking closely at them, which I did many times using a mirror. First of all, their shell is not smooth like a regular crab, but more like leather with very fine hairs on it. Second, they have no eyes.

I did not want a crab perched on my head like a fricken’ parrot on a pirate’s shoulder, but I didn’t really have a choice in the matter, did I? It came and it stayed. That’s all there is to it. Until last month that is. That’s when we learned why the crabs came 37 years ago. You know how? Because they told us, and they told us all at once, just like we were all listening to the same radio station.

Now I always had a feeling that crabs were smart, but now that I’ve heard them talk, I know they are smart for sure. They didn’t talk long, but they sure got the message across. I guess that makes sense, seeing how they had to communicate with every person in the world. Because, you see, today everybody has a crab, even the little babies. The best part is that after the crab talk, we all got to ask questions, and they answered them! The whole affair reminded me of when the President of the United States would get up to speak and then take questions from the press. It was kind of like that.

Now I know that folks in China and Peru were asking questions and getting answers, but in my mind, it was all in English and I could understand every word. That’s just one amazing thing about crabs. They sort of networked everybody together and translated the different languages into one, just like the United Nations. And what they said made a lot of sense. It’s too bad so many people fought the crabs and committed suicide rather than learning to live with them. Tens of thousands of suicides over the years, often whole families at once. A real shame, I say.

Let me just say that the crabs took full credit for the changes we had all witnessed since they came. We watched in amazement as the rate of violent crime dropped like a rock year after year. The crabs did it. Somehow they knew just which parts of the brain contained the raw, violent human animal, and those are the parts they touch with their tentacle. All this time, they were just doing us a huge favor. No war for 37 years. No murder. No abortion. No rape. No road rage, or cursings, or wife beatings, or school yard shootings. And now, thank God, those things are all part of history, just like thumb screws and burning at the stake. It’s all just an ugly chapter in man’s long march to becoming something better. And the crabs did it.

Speaking of God, He’s history too, in a manner of speaking. Sincere human participation in religion has disappeared from the face of the earth. Now, religious rituals are only performed only as tourist attractions, more as a quaint curiosity, kind of like seeing a re-enactment of an American cowboy and indian shoot-out.

I don’t miss church myself. What the crabs brought us is better than religion, better than art, and way better than politics for sure. Those things are part of our past now. The crabs did not intend to disable our creativity, but it turns out this was also the very part of us that makes us dangerous. But, as they explained to us, it was a necessary trade-off.

I have one horrible memory from the time before the crabs. A woman in Northern Africa was caught in adultery. A group of wild eyed Islamic fundies worked themselves into a righteous lather, marching through the streets with the woman towed behind them like a goat on a rope, chanting something like “Allah is just!” As American video crews filmed every gruesome detail, the mob ringed the woman with a burning tire and beat her about the head with sticks as she tried to escape. Her three year old daughter was forced to watch.

37 years later, the sound of that woman’s screams still haunt me. So to those of you who ask “But what about the art, and the music, and our ability to invent? How can we live without such things?” – to them I say, “Pshaw! You need to get with the program!”

The world is at peace, and that’s all that matters. The crabs did it, and I am a happy man.