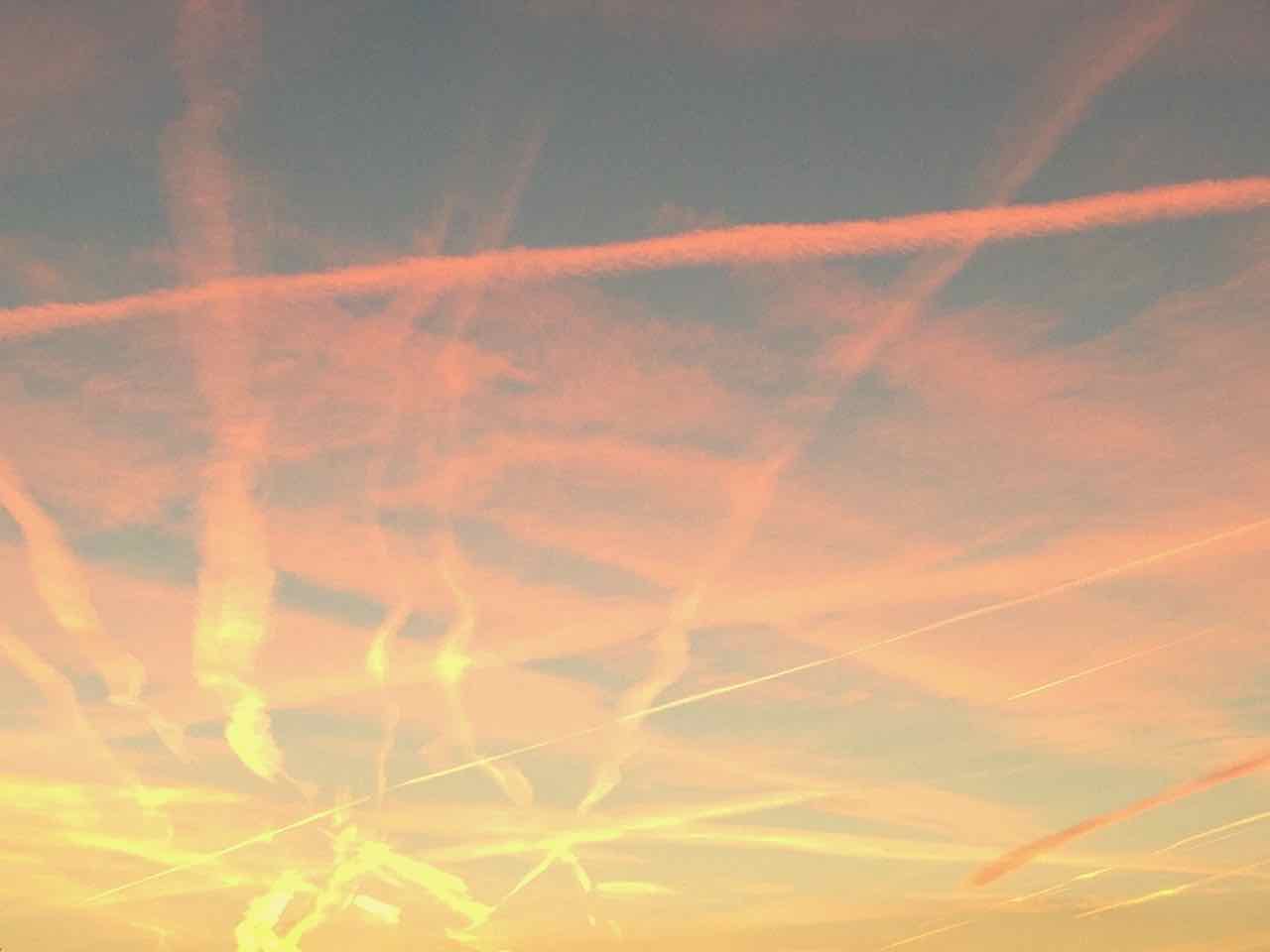 *** This story is a work of fiction.  Any resemblance to persons living or dead is purely coincidental. ***

Read the story by flipping through the six images found below. To make the story more realistic and heighten your reading experience, I altered the images to make them appear like they came from 1998. Otherwise they are entirely fake and have been marked so.

The science supporting the story, however, is very real. Genetically engineered plants and animals are bred so they have a natural resistance to broad-spectrum toxins. They are in use everywhere around you.

Also quite real is the account of the missing and presumed dead agribusiness executive found in the Author’s Notes below. This man, whose name I will not reveal out of respect for his family, was a good friend of mine. It was from him that I first learned about the technology referenced in the story. It wasn’t until after I wrote the story that did more research on his mysterious disappearance and found disturbing connections with leading developers of COVID vaccines. Then I added page six.

Sometimes I hate my own imagination.

Please watch my short video introducing the story, with my thanks, and enjoy. 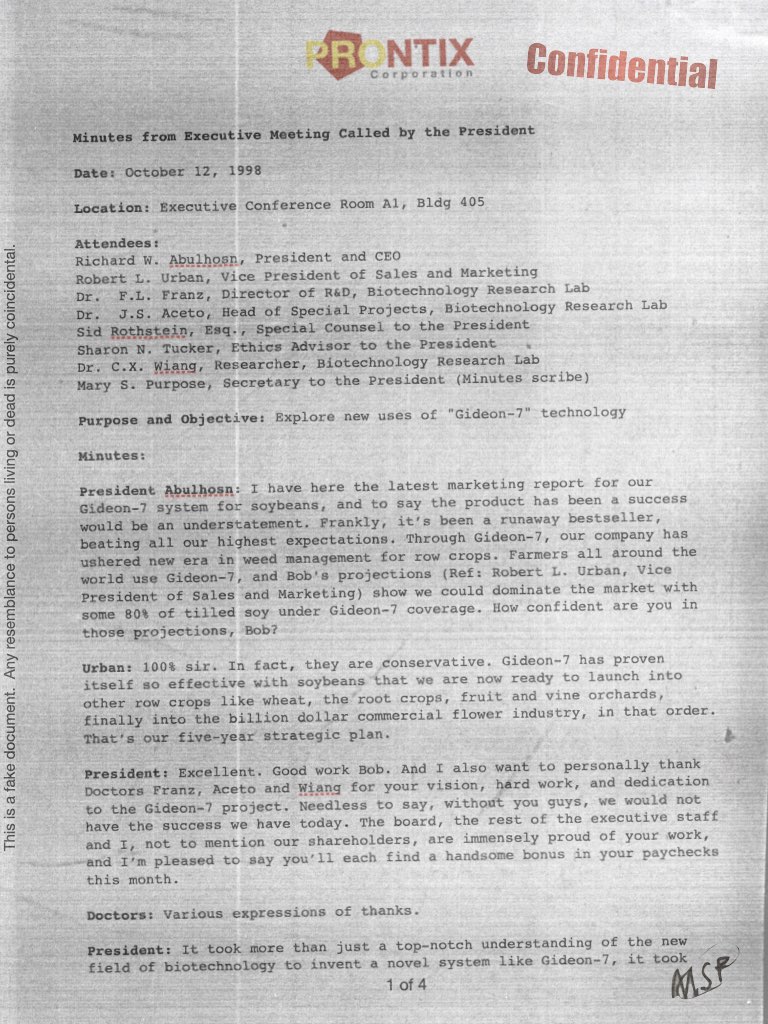 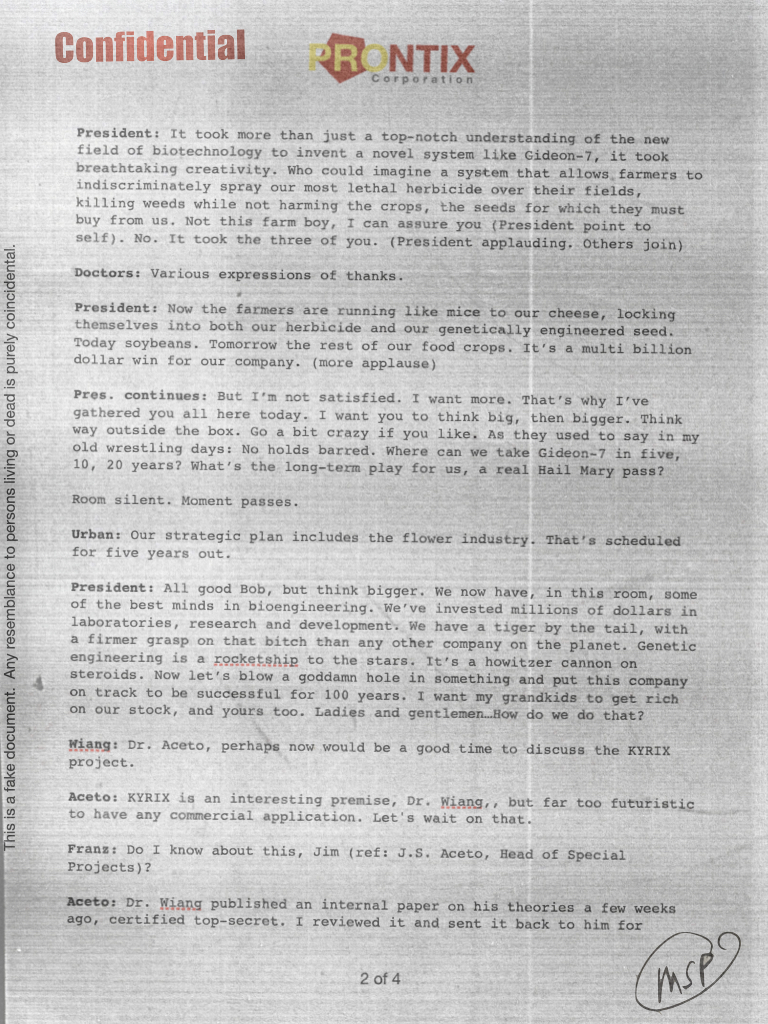 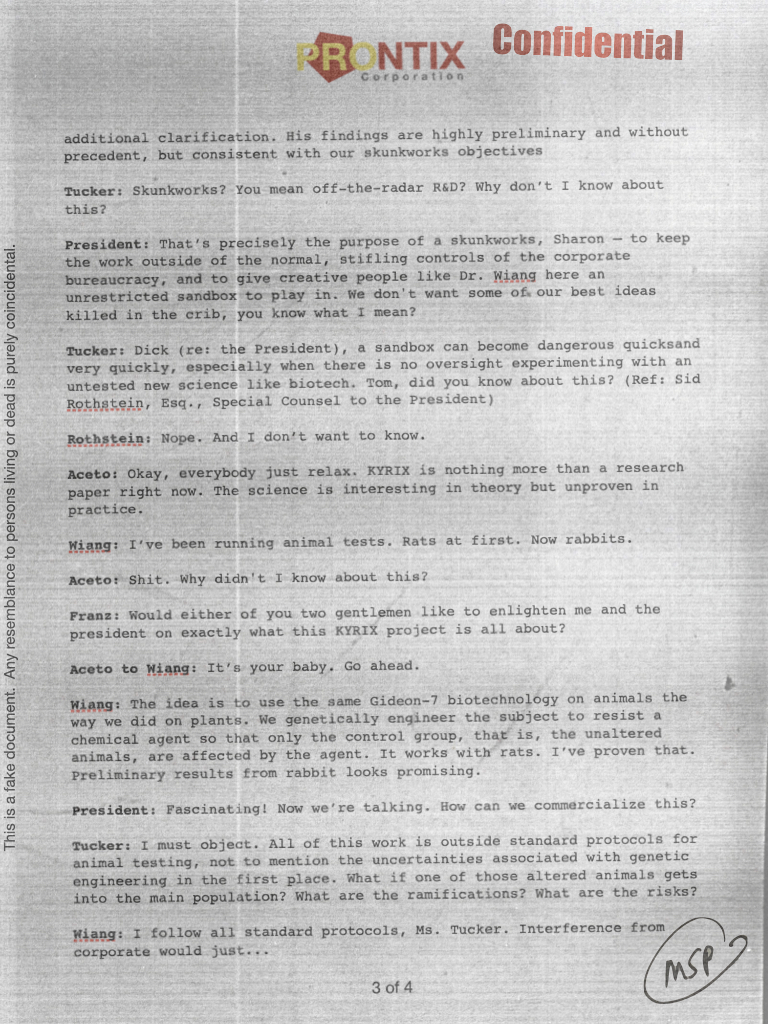 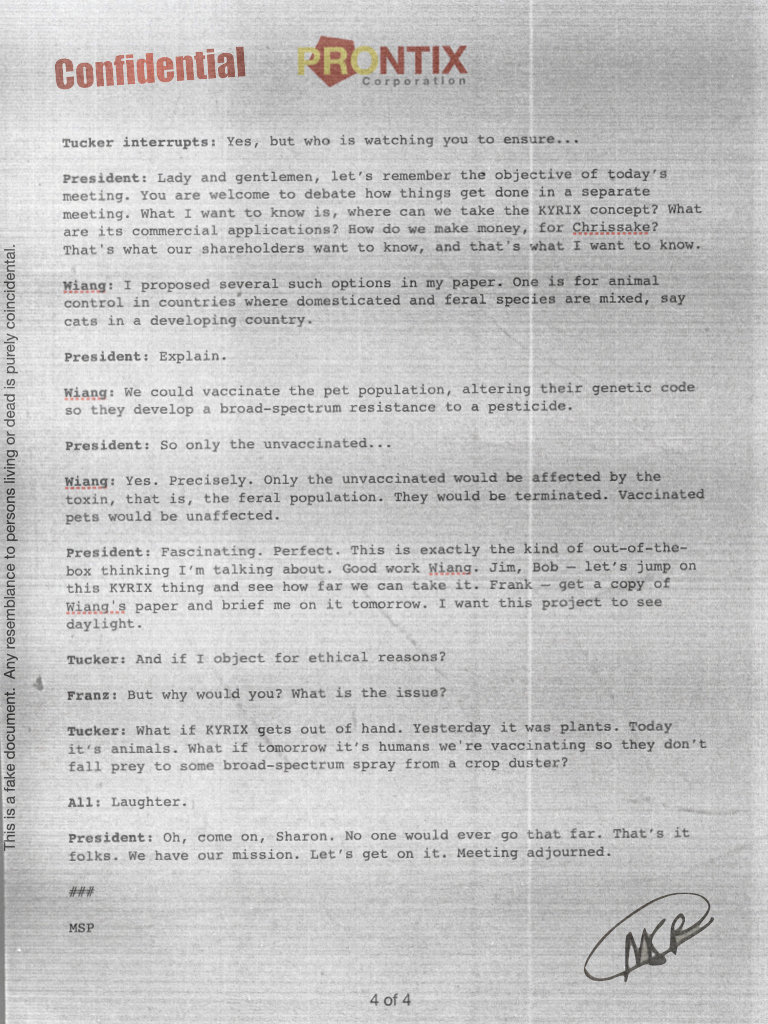 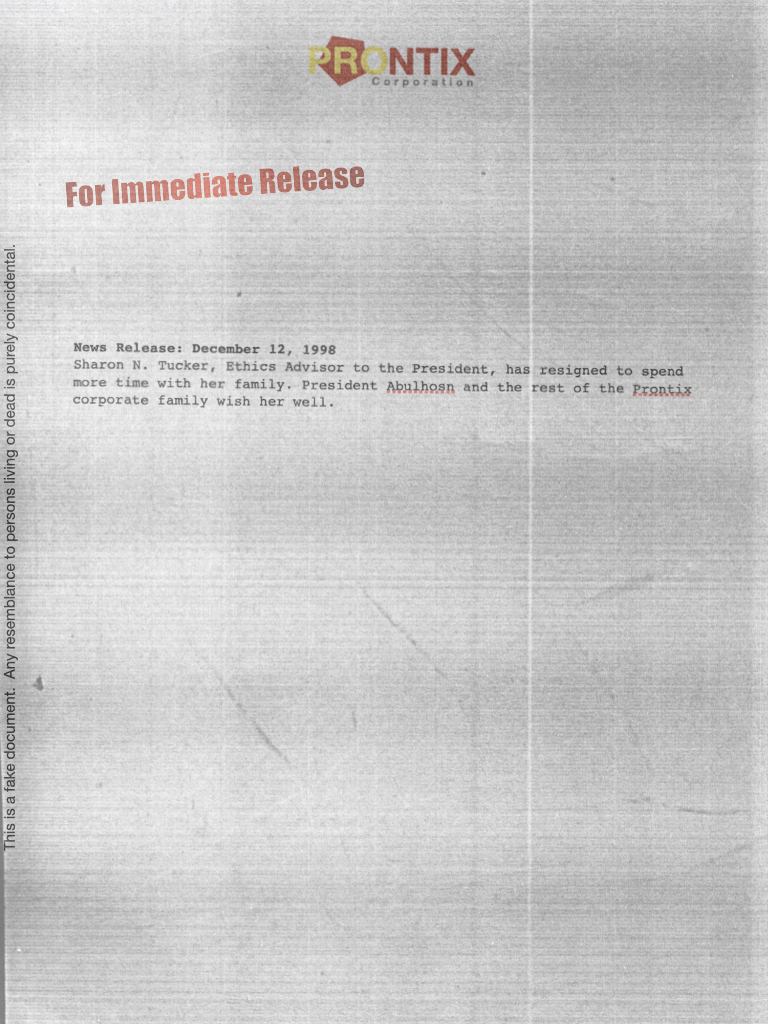 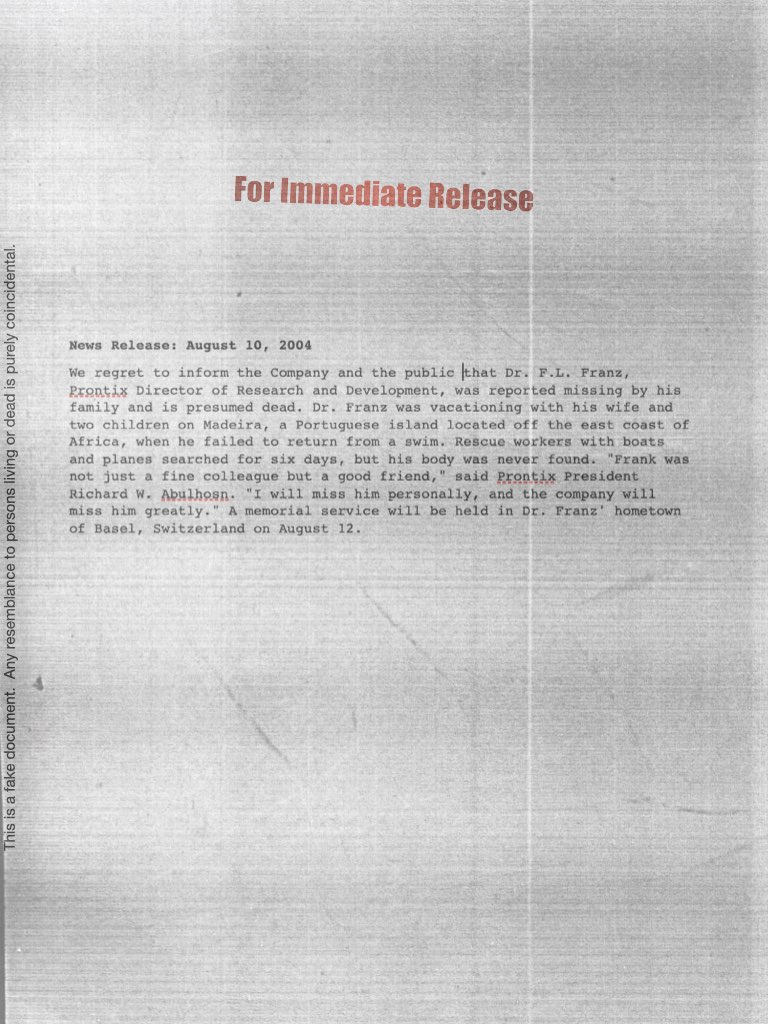 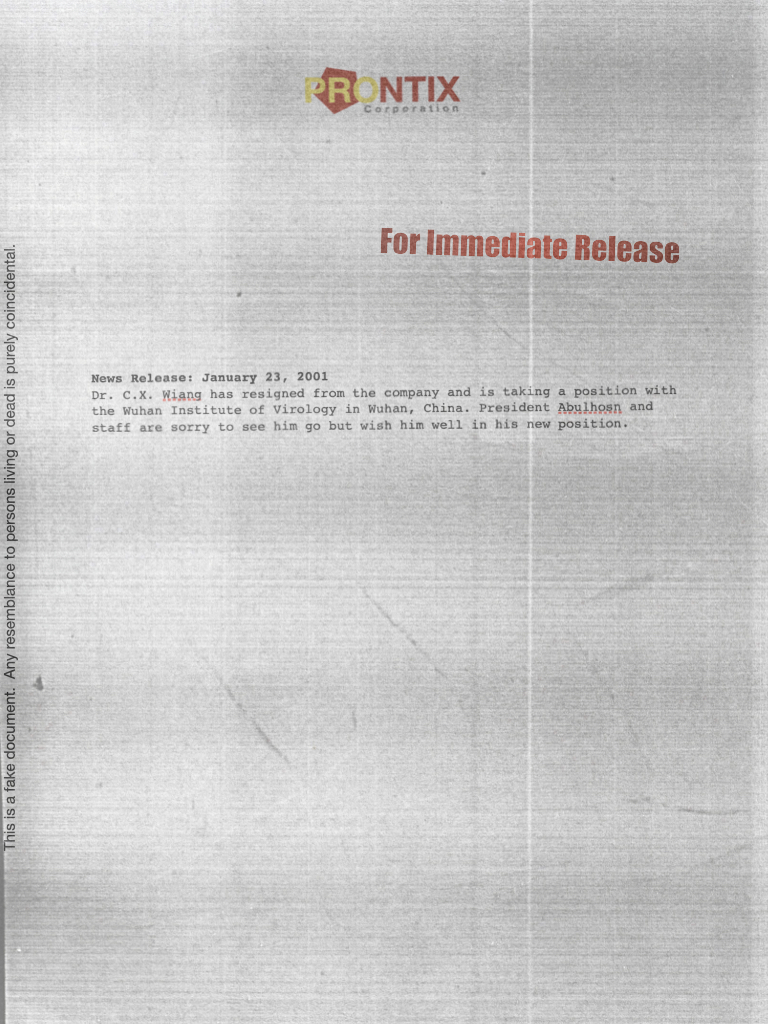 My friend was an agribusiness executive with Syngenta. He and his family were living in Basel, Switzerland when, in 2004, he went missing while vacationing in the Canary Islands off the coast of Africa. The newspaper clipping, from which I have expunged his name, tells the gripping story. The other redacted clipping is from an agribusiness journal printed just two years prior to his dissappearance.

His employer Syngenta is a spin-off of AstraZeneca, the world’s third-largest chemical and pharmaceutical manufacturer, and Novartis, a Swiss multinational pharmaceutical company based in Basel, Switzerland. Both companies are involved in producing vaccines for COVID.

Syngenta was acquired in 2015 by the China National Chemical Corporation, commonly known as ChemChina.

The title of this story come from the Bible (Judges 7) where God directs the warrior Gideon to separate his men using a strange method. The full text is found below.

So Gideon took the men down to the water. There the Lord told him, “Separate those who lap the water with their tongues as a dog laps from those who kneel down to drink.” Three hundred of them drank from cupped hands, lapping like dogs. All the rest got down on their knees to drink.

The Lord said to Gideon, “With the three hundred men that lapped I will save you and give the Midianites into your hands. Let all the others go home.” So Gideon sent the rest of the Israelites home but kept the three hundred, who took over the provisions and trumpets of the others.

If you liked Gideon-7, then you will also like my short story Simon Says and my full length suspense/thriller Map of Dreams. 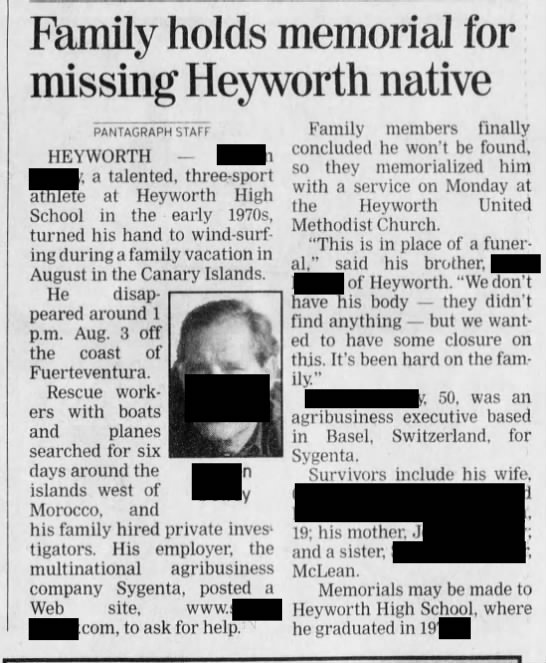