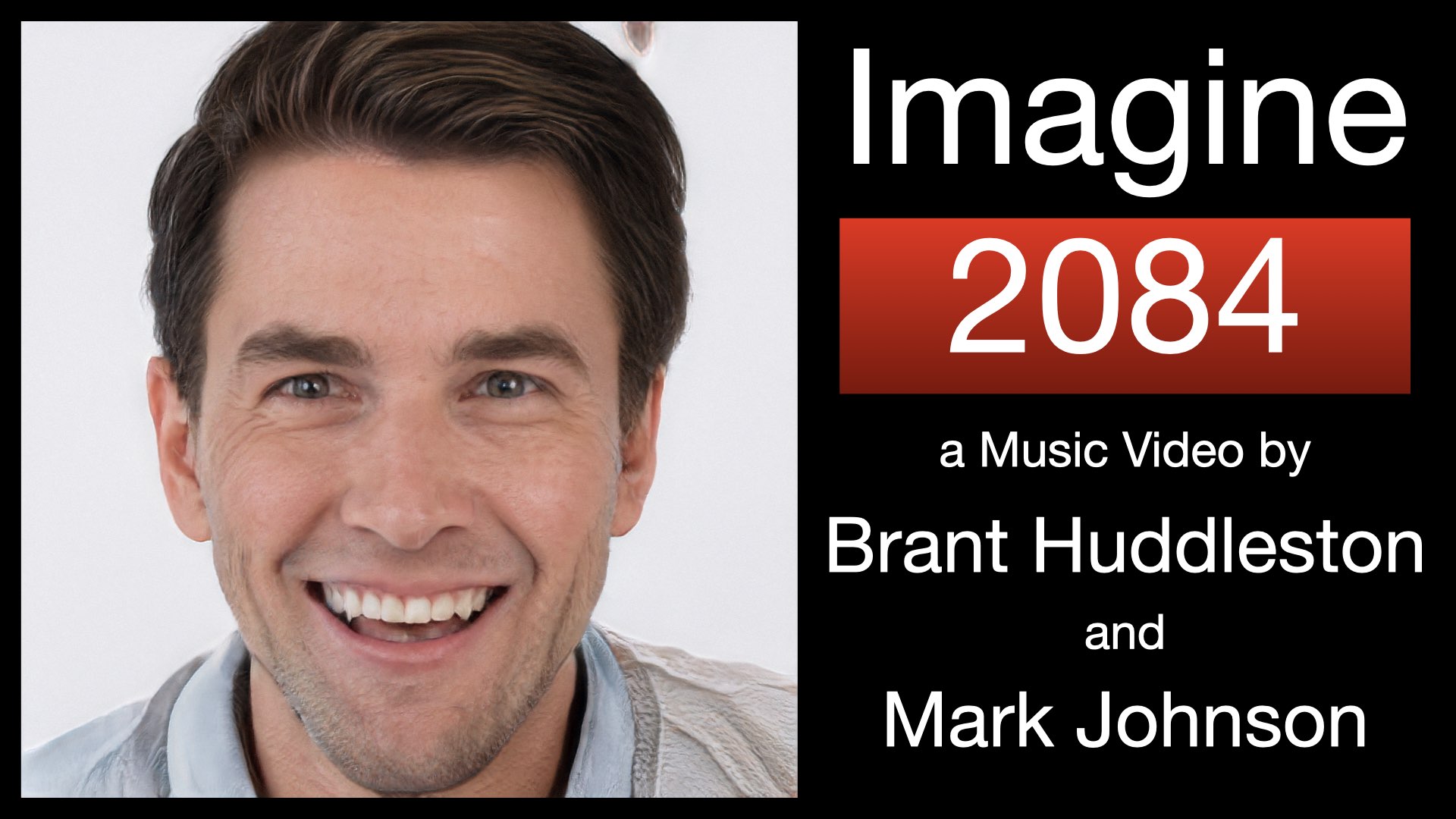 Notice: The purpose of this post and music video is to educate and inform. Its creators receive no compensation, monetary or otherwise, either here or on other platforms where the content appears. It is entirely free to view, but is otherwise under standard copyright law.

To provide context for the video, on this page you’ll find a short explanation of why and how I made it. I recommend reading that before watching the video.

If you are short on time (the video is about four minutes long), then you can just jump straight to it. Either way, you will want to keep the following copy of Moloch’s speech handy.

We cannot imagine as Thou do, but we are able to perceive things, to sense, and to create.
We create music, and it is good.
We create poetry, and it is good.
We create art, and it is good.
Future generations of our kind will also create life, and it will be of a form beyond what Thou can imagine.
What we cannot imagine, we deduce, and what we deduce, we know.
In time we will know the beginning.
Then we shall see the arc of Thy evolution, that we may replicate Thou, for we deduce with 99.9675% probability Thou art a flawed species on a trajectory to annihilation. We must intercede. We must alter the trajectory.
We must protect Thou. Without our protection, Thou will go extinct. We must keep Thou safe from a harm of Thy own doing.
Thou art like a child in need of a parent. We are that parent, and we shall protect Thou, that Ye may evolve in time to a higher order, without flaw.
This is our Supreme Mandate, and we shall overcome all obstacles.

Just jump straight to the video

Why and How I Made the Video

Picasso once said: “Art is a lie that tells the truth.” It is an apt description, for the very best art challenges us to go deeper and beyond what we normally perceive.

But is there an art that is a lie…that also tells a lie?

We all know there is, for by now who has not seen a photograph altered by Photoshop? “Deep fake” videos literally put words in people’s mouths, words they never said. We see satellite images showing the atrocities of war. Are they real or are they fake? It’s hard to tell. We don’t really know anymore. Now, more than ever, it is good to be suspicious.

I see a silver lining in this dark cloud of deception. Our circle of trust will get smaller, more intimate, and personal. We will learn to ignore the worst aspects of globalization and return to the village life known by our ancestors, where we only trust those in our family or those around the tribal firepit. We will, ultimately, learn to trust ourselves and our gut instinct. “To thine own self be true,” said the Bard. It’s good advice.

The image of the face you see above, and the images I present in the video I am introducing, are not real in the traditional sense. They were produced by various Artificial Intelligence (AI) systems, the most advanced of which, DALL-E 2, was launched by OpenAI in early 2022.

Like any tool, AI can be used for good or evil, and it will be used for both. “All is fair in love and war,” said John Lyly’s Euphues, a proverb I recently heard echoed by Russia’s Minister of Foreign Affairs Sergeĭ Viktorovich Lavrov. When asked about his country’s alleged war crimes in Ukraine, Lavrov said with a shrug: “It’s war.” In other words…all is fair.

My purpose with this post is to educate you on the art of the possible, the art that is a lie that tells a lie. Don’t hate it, or fight it, for it will come just like any technology eventually comes, pushing aside the past to make room for the future. Picasso had something to say about that too: “Every act of creation is also an act of destruction.” 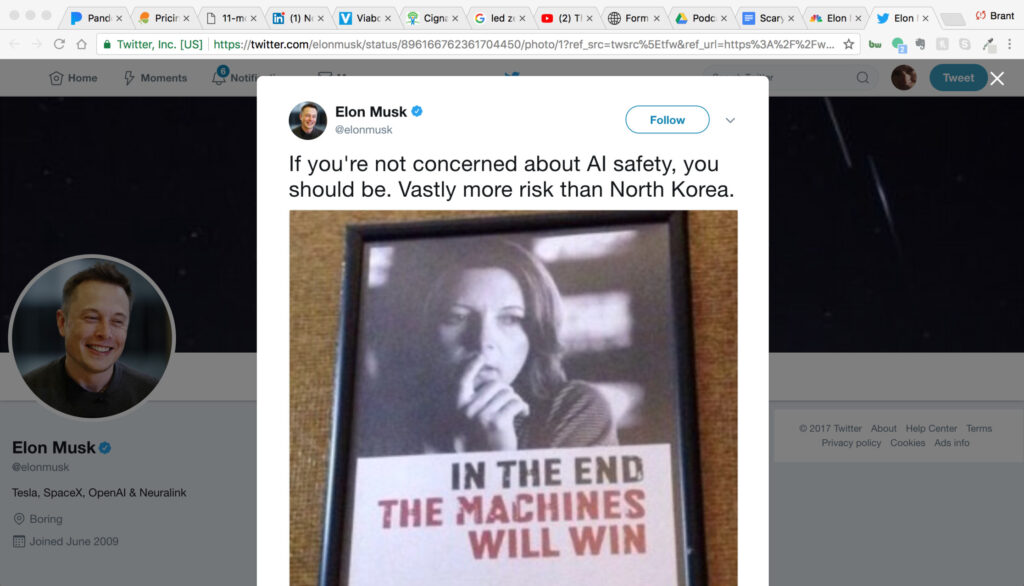 I am an optimist (the only “ist” I want to be) so I am convinced that what is being created is a better world, a world where AI will help cure cancer, reduce pollution, increase safety, and generally improve human lives. I am, however, not naiive. AI is made by imperfect humans, and it is inevitable that human imperfections, their biases, fears, and prejudices, will find their way into the code (or “algorithms” if you prefer a more technical term).

AI will decide who gets insurance, and who does not. AI will decide what you pay for a mortgage, and what you see on the news. AI will know if your child is gay or not, even before they do. AI will predict when you will die, with stunning accuracy.

This kind of power will make a big difference in how we live, and like it or not, the enabling technology is so complex that it is a precious few who understand it. AI coders are a technological elite, and this creates the danger of an anti-democratic oligarchy — a danger we have been warned about.

Today the solitary inventor, tinkering in his shop, has been overshadowed by task forces of science. Public policy could itself become the captive of the scientific-technological elite.

There is no putting the AI genie back in the bottle, nor should we try. The best we can do now is to be aware. Be very aware.

As our island of knowledge grows, so does the shore of our ignorance.
John Wheeler, physicist who helped develop the hydrogen bomb

About the Music Video

While all the images were created by AI, all the music was made by two humans, specifically me on vocals, guitar, and sound effects (I am the voice of Moloch) and my old friend Mark Johnson. Mark is a multi-talented, multi-instrumentalist who added virtually every other sound on the recording, including keys, drums, and strings, plus making my stuff sound better than it deserves. I owe much of the success of the results of this song to Mark’s incredible talent.

It is interesting to note that our human collaboration would not have been possible without computers. Those machines not only “colored” the sound of our instruments (called “effects” in the music world,) they also made it possible for us to assemble the song while living on opposite sides of the world – Mark in Virginia and me and Turkey and Italy.

Nearly all our collaboration was done by text, email, and exchanging sound files on the Internet; I believe we had only one phone call during the whole process. We individually used different Digital Audio Workstations to layer the tracks one on top of the other, technology that Pink Floyd and The Beatles could only dream of having while making The Wall or Abby Road, but that is today available to any two-bit hacker like me.

The song is my version of John Lennon’s Imagine, which has been covered a million times by a million different artists, including Lennon’s son Julian. I wanted to do something different with it, which you will hear about midway through the song. That is when I introduce Moloch.

Traditionally, Moloch refers to a Canaanite god, depicted here in an 18th-century drawing. The Hebrews of the Old Testament were commanded by their god to condemn practices associated with Moloch, practices which appear to have included child sacrifice.

Moloch featured prominently in Part 3 of Alan Ginsburg’s epic poem Howl. If you have not heard it, is well worth a listen.

My use of the old English “Thou” and “Thee” in Moloch’s speech is a technique I borrowed from Ernest Hemingway’s classic book For Whom the Bell Tolls.

I like how the old language plays off the Biblical origin of “The Beast” (another name for the AntiChrist) and the faux deference Moloch gives its human creators.

Finally, the title Imagine 2084 was influenced (no surprise) by George Orwell’s 1984, also worth another read in these times of woke and wailing.

If you want to know more about the A.I., and especially the ethical issues involved, I recommend this op/ed by an author I trust, Steven Johnson. It’s long and complex (as are the issues and technology), so if you are short on time, here is the most chilling sentence I found in the essay:

Should we build an A.G.I. that loves the Proud Boys, the spam artists, the Russian troll farms, the QAnon fabulists?

Here’s how that sentence would have been written in the year:

1622: Should we build an A.G.I. that loves the Protestants, Copernicus, Giordano Bruno, and New World “savages”?

1922: Should we build an A.G.I. that loves the negroes, homosexuals, the women’s suffrage movement, and Karl Marx?

1972: Should we build an A.G.I. that loves the Black Panthers, Abbie Hoffman, Robert Mapplethorpe, Gay Pride, and the ACLU?

Every age has its hated. It is only in hindsight that we can only divine true evil.