A Dry Morsel of Bread 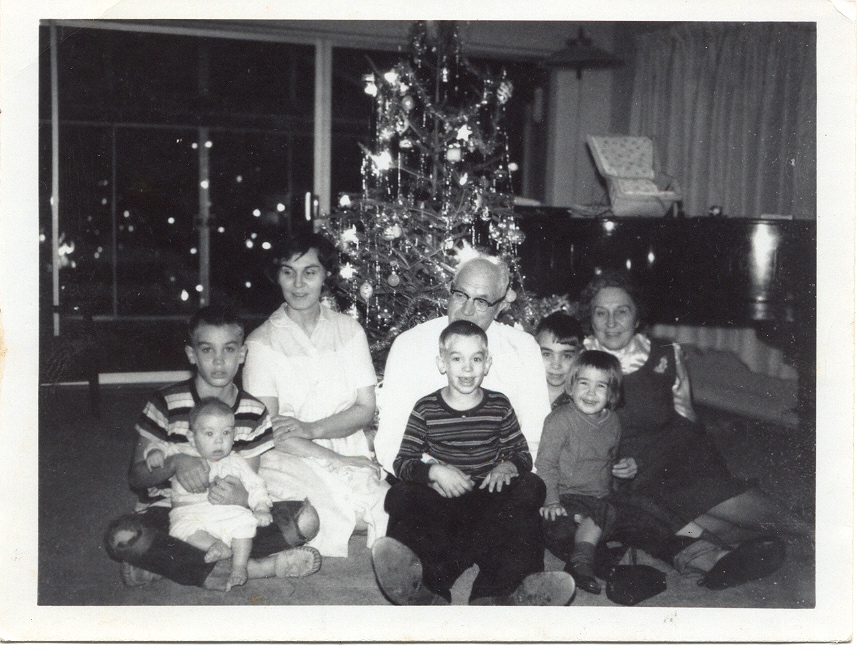 About the photo above

The photo, circa 1961, was probably taken by my father. His father and mother, my grandparents, are shown here, long with my mom and five of her six kids. My youngest sister Paula was not born yet. I am sitting on my grandfather’s lap; my brother John is peaking around his left shoulder. We moved shortly after this photo was taken, and I never saw my grandfather again.

A Video Introduction to the Story 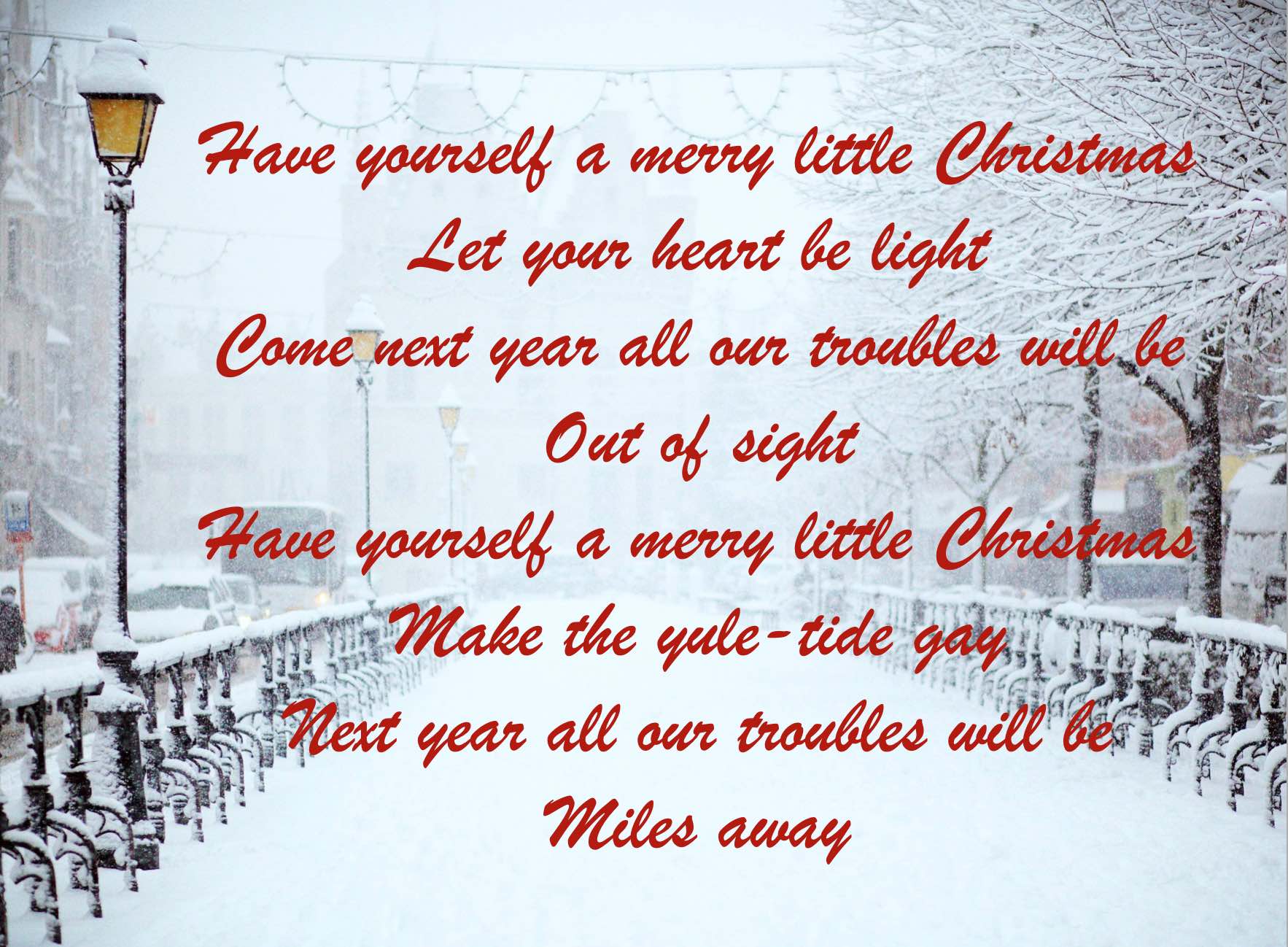 A Dry Morsel of Bread

It was December 1973 – I was a junior in high school. My Dad was gone again – I don’t know where. Baltimore, I think. Mom was depressed and withdrawn, but I was so caught up in my own teenage rebellion that I could not empathize. Whatever feelings I had were dulled by drugs and drink.

It was Christmas Eve and already dark when I finally stumbled home. My house was dark. There were no lights, no tree, no presents…nothing to indicate that a holiday was underway. My younger brother and sisters were upstairs in their rooms. Only my older brother John was in the kitchen, making a sandwich for himself.

My Dad had always been the one to trim the house with lights and put up the tree. One of my favorite memories from childhood was a Christmas Eve from an earlier more innocent time, before Watergate, before the Vietnam war, before “tricky dick“ Nixon, the Black Panthers, and the oil embargo of ’73, a time when I lay wide-eyed and happy in my bed, warm in the glow of colored lights outlining the house like a magic shoebox. The neighbors played carols on a phonograph record loud enough for us all to hear. Even today, the scratchy, low-fidelity sound of old songs by Bing Crosby, Nat King Cole, Elvis, and Vince Guaraldi is for me the only true sound of Christmas.

But as years went by, Dad went missing, as so many fathers do, a casualty of a failing marriage, a dismal job market, out-of-control teenagers, and my brother John, who had recently come out as “gay” ~ a new word for us all. It was all just too much for Dad, I guess, and so my house went dark without him.

“Where is mom?“ I asked John.
“I don’t know. In her room, I guess,“ he said, slabbing peanut butter on a piece of bread.
“Aren’t we going to have a tree or anything?“ I said.
John gave me one of those expert looks for which he was infamous, the one that said: “Are you an idiot?“

I don’t know what possessed me at that moment, as it was completely out of my character to care, but I went up to my Mom’s room and knocked on the door.
“C’mon Mom,“ I said when she opened it, looking haggard. “Let’s go buy a tree.“
“Okay,“ she said, and she put on her coat.

So off the two of us went, into the night, driving a white 1966 Ford Falcon that Mom had bought with her own money, saved up from the paltry allowance my Dad gave her. The tree lots were almost bare by the time we arrived, and most were closing down, but we managed to find a Charlie Brown tree, a real scraggler that we lashed to the top of the Falcon and brought home. A few hours later, with my family’s help, we had it decorated and a little bit of light came back into our house that Christmas Eve.

Many years later, after John died from AIDS and my Dad from a brain tumor, I was in a different house, my own house, with soaring cathedral ceilings, an indoor balcony, a Mercedes in the garage, and my own rebellious teenagers. My wife at the time filled our house with all the accouterments of Christmas: decorations inside and out, baked goods of every kind, presents galore, and nine-foot tall trees smothered from top to bottom with lights and baubles.

Ours appeared to be the perfect Hallmark Christmas. We seemed to have everything, but there was something dearly missing. An ancient proverb reveals the truth: “Better a dry morsel of bread served with love than a house full of feasting where there is strife.” In that house, my house, the strife was so thick you could cut it with a knife, and it eventually fell apart.

It took me a long time to recover from Christmas, to revive feelings I remember from those early days when Dad was still home and the music kept me awake waiting for a miracle. Two very unexpected works of magic helped me find my way back.

The first I discovered in an odd place: rummaging through some “for sale“ items in a store in Charleston, South Carolina. There, to my delight, I found a ten-inch high replica of the pathetic Christmas tree beloved by Charles Schulz’s cartoon character Linus in the classic animated film “A Charlie Brown Christmas Special.“ It looks exactly like the one in the cartoon, crooked, sparse and replete with the single bulb and Linus’ blue blanket. I bought it straight away for three dollars.

Every year now, with great ceremony, I bring this little tree out of its box and set it up. It takes about ten seconds. I love the simplicity of that tree, its humility, its innocence, and its kindness. Although it is small, it stands tall in a world full of squawking bullshitters, fake news, and megalomaniac politicians. That little tree reminds me of the one my Mom and I found in the dark, empty lot back in ’73, the one we used to bring a bit of love and light into an otherwise dark and empty house. It reminds me of what Christmas is all about.

The second work of magic rings forth from my favorite Christmas Carol, “Have Yourself a Merry Little Christmas.” The song was written by Hugh Martin and Ralph Blane during the dark and uncertain days of World War II, a time when Hitler was marching across Europe, the blitzkrieg raged, and American boys were dying on the beaches of the Pacific. It was written during a time of fear and uncertainty.

Originally performed by Judy Garland in 1944, the carol’s lyrics have since been modified to include the cheery line “hang a shining star upon the highest bow.” But the original lyric, and the one I prefer, says “until then, we’ll just have to muddle through somehow.”

To muddle through. To find a way, despite daunting circumstances. To overcome terrifying obstacles, sometimes with nothing more than a dream. To find a shred of light in a sea of darkness. To hear the one true note of music in a cacophony of noise. To inspire when everyone around you is falling down. To make the most of what you have, putting one foot in front of the other, transforming the scraggly tree life has given you into something beautiful. To muddle through…somehow.

That is hope. That is Christmas. Linus knew that, and Charlie Brown learned it. I am relearning it.

So even if there is only one lonely bulb on your tree this year, and you have no one to share it with, I dearly hope you muddle through and have yourself a Merry Little Christmas…now.

What Bones Teach Us 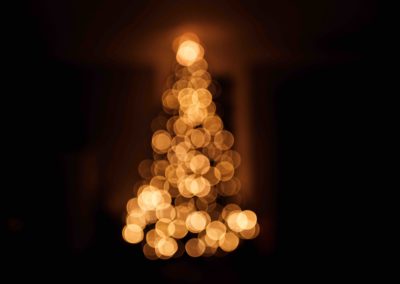