José Soliquez and the Gold Coin 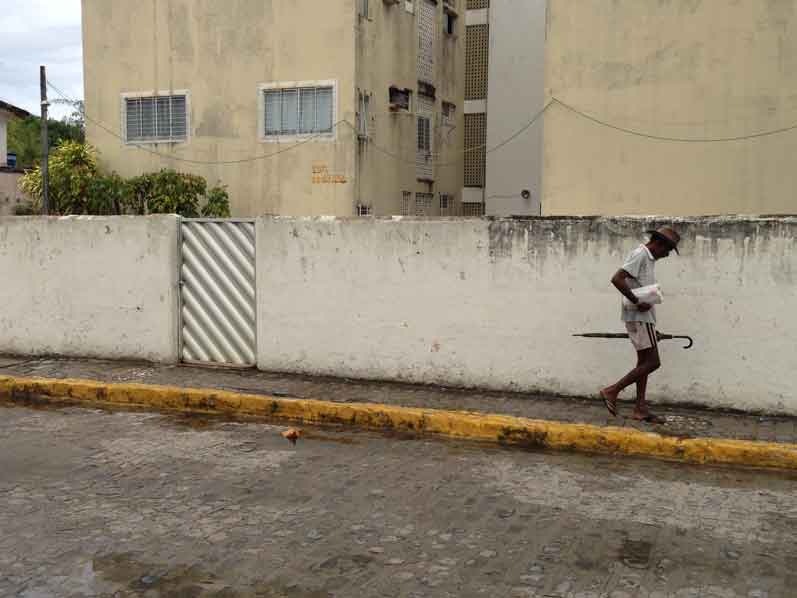 This story was written during a hard time in my life…a time when old things were dying to make room for new things to be born. One of those things was my faith in evangelical christianity and the associated sovereignty of the Bible. While the story is highly respectful of the Bible, it does expand on how Jesus came to possess the coins needed to pay the tax collector, as found in Mathew 17: 24-27.

If you speak Portuguese, you will find the same story in your language here. Either way, I hope you enjoy it, and that it inspires you.

José Soliquez and the Gold Coin

José Soliquez was dying. His brother was in the next room, and he heard him say it. “I don’t think he will make it through the night. Do you?”

There was a pause, and then José’s wife Solinas spoke so low he could not hear her words. But José knew what she said without hearing. Her voice was unmistakable to him, for they had been married 32 years and now had one grandchild.

The only sound he knew better was that of the sea, where José had made his living for nearly 60 years.

José dozed and dreamt his father was teaching him how to tie a fisherman’s knot. Over and over José worked the line and pulled, but the knot would not form. Every time it became a tangled mess, and in his dream, José would start over and over again, always trying but never succeeding.

It was a restless sleep, and José awoke in anguish. A small oil lamp, made from painted clay, dimly lit the small room. Its yellow light cast ghostly, smoke colored shadows on the white, adobe walls.

“Are you thirsty José? Would you like some water?”

But José was too weak to respond. Death would come within the hour.

As a young man, and like all young men, José had been restless and angry and full of mighty hopes. His village was part of a great empire, which thrived for hundreds of years in a deeply forested land found along the turquoise blue waters of the Caribbean Sea.

In modern times, archeologists would study the empire and ponder its mysteries. But in José’s day, the empire thrived. The streets were lively with happy people. Markets were full of abundance: red, yellow and green striped fruits from deep within the emerald forest, tasty nuts roasted chocolate brown over smoldering coals, and fat, silverfish José and his friends brought from the sea. They were never hungry, and yet…José was restless. His mind was always hungry.

José stirred in his sleep, and Solinas noticed he had stopped sweating. His skin, now gray, was dry and cool. She wiped his face with a wet cloth, and his eyes opened but did not focus. He smiled and remembered.

Like all the women of the village, Solinas had black hair and coffee brown skin. She wrapped her small, perfect figure in the bright colors of her village, and always wore a fragrant flower behind one ear.

But it was her laugh that captured José’s attention. It was a lilting and merry sound and reminded José of a particular lavender bird that flew low over the olive colored waters of the mangrove swamps where José would fish.

Upon their marriage, Solinas’ Uncle had given the happy couple a special gift: a small gold coin, strangely marked with unknown letters and the image of a man’s head. The Uncle had traded for the coin with foreign visitors, who were not often seen in the empire.

So the coin was rare, and José and Solinas kept it in a soft blue cloth near the head of their bed. They only used the coin on special occasions: to bless the births of their children, and once for something tragic.

José and Solinas had six children in all: five daughters and one son. Only two of the children survived into adulthood. Two daughters died as infants. The son lived to be 12 years old, long enough for José to begin living his hopes through the child.

Like most fathers and sons in the village, the two were very close, and when Solinas watched them together, it made her heart very glad. The son’s death was impossibly hard on the whole family, but especially on José.

Two days after the burial, in his grief and anger, José took the gold coin from the blue cloth and threw it into the sea.

“You were supposed to bring me luck!” he cried, “But I have no luck.” Then José wept. Solinas noticed her husband growing old after that day. He had been broken, and he had no son.

There was a knock on the thick, wooden door of Jose’s death house. The hour had come. “Why don’t they answer?” José wondered. Sitting up in bed, he could see Solinas and his brother sleeping on mats by his bed. “It must be very late,” he thought. “I will not wake them.”

José got out of bed and walked to the door. The dirt floor felt cool on his bare feet. Outside, José heard the soft call of the night bird, mournful and low. “It is a sign.” José thought, so he was not afraid when he opened the door.

Holding up the oil lamp, José looked upon a tall man, simply dressed, neither young nor old. His voice was strong. He said “Come José Soliquez. Put out your lamp. It is time for us to go.” “Shall I wake Solinas?” José asked. His affection for her was so great, like a brilliant gemstone created only through intense heat and pressure and time.

“No, José. She will learn later where you have gone. Come now.” the man said.

José turned and looked behind him into the small room. It contained few belongings, but the home was rich in memories for him.

“Shall I bring my shoes?” he asked, but looking back, saw the man had already left the house and was climbing onto a small, wooden wagon harnessed to a single black mule.

José put out his lamp and left the house, closing the door behind him. He climbed onto the wagon and sat next to the man.

“Do you know where we are going?” the man asked.

“Yes, I think so,” José responded.

They rode in silence through the sleeping village, the steady breathing of the mule keeping time with the rhythmic plodding of his footsteps. The wagon creaked and rattled but was not loud. José could hear the leather harness stretching as the mule pulled against it.

The only other sound was the night bird, still calling out the arrival of another soul. Soon the village was behind them, and they rode past the forest along the edge of the sea, which was glassy and smooth in the moonlight.

Ahead of them, the faintest breath of dawn appeared like a rosy dust over the water. José spoke at last.

“To throw the gold coin,” the man said.

Then, in an instant, José could see the coin. It drifted for many years through the coral reefs and emerald plants of the sea bottom, sometimes washed over by taupe sands, at other times glittering brightly out in the open.

José watched in amazement as a large fish, attracted to the coin’s golden shimmer, swallowed it whole in a violent flash of silver. Now José and the man followed the fish through vast distances as if the mule and wagon were a great ship that could fly under the great seas of the earth.

José was astounded with wonder.

A baited hook appeared. José examined the fisherman’s knot. It was expertly tied. The fish attacked the hook and swallowed it, and then swam frantically as it was steadily pulled to the glistening surface, which shone like a liquid mirror painted with sunlight.

Now José and the man stood on the shore of a hot, foreign land. Their clothes and hair were dry. A muscular young man with black hair and coffee colored skin pulled the fat fish up out of the water.

“Say, what do you plan to do with that fine fish?” José’s companion asked.

“The Lord has need of it,” the young man replied.

Then the young man took the fish, and opening its mouth, pulled out the gold coin in fulfillment of the story found in Mathew 17:25 through 27, which says:

And when he came into the house, Jesus spoke to him first, saying, “What do you think, Simon? From whom do the kings of the earth collect customs or poll-tax, from their sons or from strangers?”

When Peter said, “From strangers” Jesus said to him, “Then the sons are exempt. However, so that we do not offend them, go to the sea and throw in a hook, and take the first fish that comes up; and when you open its mouth, you will find a shekel. Take that and give it to them for you and Me.”

José’s companion led him to the house where Jesus was staying. As José entered, Jesus looked up.

“Do you know me, Sir?” José asked in wonder.

“I have always known you,” Jesus replied. “I have known your joys and your sorrows. You have served my Father well, José. Today you will enter into His paradise, and be reunited with your son.”

José was overwhelmed and fell down before Jesus. Then the angels gathered up Jose’s soul and took him to heaven, for what is impossible for men is possible with God.