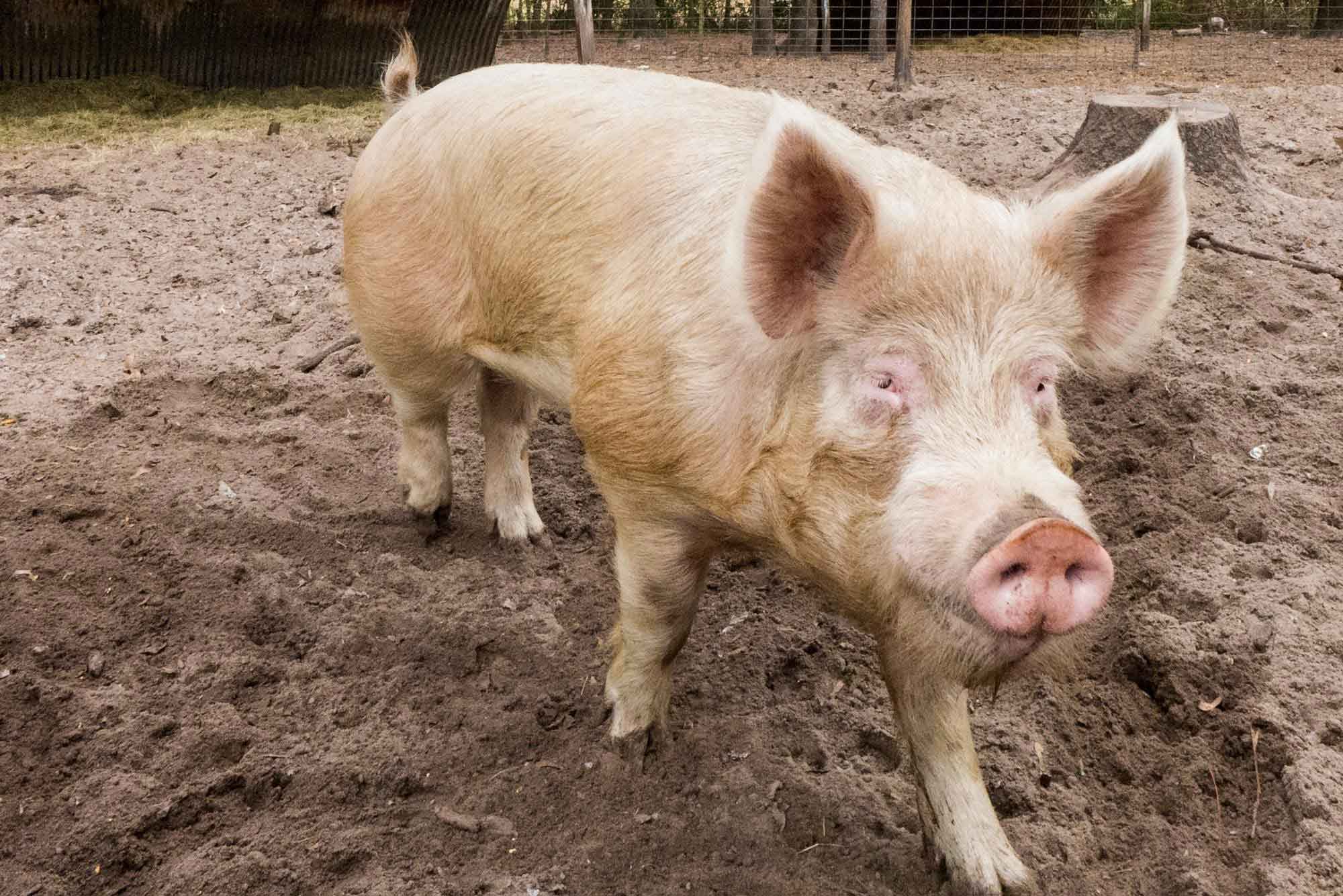 I Lived Over a Pig Sty

And What it Taught Me About War

When I was ten years old, I lived over a pigsty in a small German village. It is quite common there to keep livestock in the bottom floor of a house so rising body heat warms the upper floors. The stench was horrendous, but what really impressed me was the day the butchers slaughtered a hog while I watched in wild-eyed wonder.

I will never forget how they used a blowtorch to burn the hair off the swine’s twitching body as deep red blood ran from its slit throat into a drain. As a typical American kid, I had never seen anything killed like that before. A few hours later I was eating part of that pig, a link of fresh sausage, and I remember it as one of the best things I ever tasted.

Thus I began a new relationship with food, and with death, for as much as we try to deny it, the two are inextricably linked. Without exception, something must first die in order for us to eat, a truth any farmer already knows. Mark Zuckerberg, CEO and founder of Facebook, sensed this when he decided to eat only what he killed himself. “A bunch of people told me that even though they loved eating pork, they really didn’t want to think about the fact that the pig used to be alive,” he said at the time. “That just seemed irresponsible to me.”

Willful ignorance of the vital role death plays in our world is not only irresponsible, but it is also increasingly dangerous to our national security. When we are disconnected from death, as were Zuckerberg’s pork eating friends, the context by which we try to make sense of events involving death become distorted, and we lose perspective. Terrorists and unscrupulous leaders alike take advantage of that knowledge gap, one which, like all ignorances, leads to fear, and fear leads to manipulation.

The Republican Party may try to re-define our world as a place of increasing danger, but factually we are in a period referred to by scholars as “The Long Peace,” which began at the end of World War II, and which is marked by the absence of war among the world’s great powers.

“Today may be the most peaceful era in our species’ history,” said Harvard psychologist Steven Pinker, author of “The Better Angels of Our Nature: Why Violence Has Declined.” The Long Peace has been so long that it is easy to forget the scale of death that became WWII’s macabre hallmark. 40 Million people died in that five-year war, half of whom were civilians.

German bombs killed 40,000 British citizens during the two years of the Blitz. At the height of US and British bombing raids on Germany, ten thousand souls a night were lost. Some 140,000 were killed with one bomb in Hiroshima. Per capita, Poland paid the highest price, losing six million of its people to Nazi bullets.

Six million. Imagine waking up every day for the next five years and learning 3,000 of your countrymen had been killed in acts of terror. That is context. During those times, death was so pervasive that ten, 100, 1,000 deaths a day barely registered with the public. “Only 2,000 more to go today,” a Pole from that era might say, and go to sleep hoping they would not be one of the victims, and knowing the mass killings would start all over again tomorrow.

Imagine how that experience might change your perspective on death…how you might react differently to the news of yet another shooting in Orlando, Paris, Ft. Hood, Munich or elsewhere. Imagine how it might change how you think about COVID.

Imagine how it would change the economics of terrorism, which are today greatly in the terrorist’s favor, for they get a tremendous public relations return on their meager investment. And we, foolishly, give it to them every time.

There is a cost to war, measured in human life, and the victors possess the determination, perspective, and resolve to pay that cost for as long as it takes to win. We can, as humans, hold in one hand the horror, regret, and sadness that comes with the loss of life, while holding in the other the numb resolve to carry on. That is what we must do to win.

And if we do not? If we continue our insane denial of death, as if our pork comes from anything but a dead animal, and that we ourselves will never die?

Then we become vulnerable in the worst way, and every new act of terrorism will squarely achieve its intended purpose, so that when the big one comes, as I think it will, we will be thrown into chaos.

A chronic denial of death means America will not be able to absorb another 9/11 in the context of a protracted war. It could lead us to run, headlong and half-cocked, into another quagmire, rather than stay calm and carry on to victory, as the Brits did 75 years ago.

Where our leaders are failing us, and where leaders of World War II like Winston Churchill did not, is by not helping us gain perspective. A true leader will help us develop the numb resolve to react, not with panic, but with fortitude, using the cruel light of history to reveal our path forward.“We can take it” became the catchphrase of the British people during the terror of the Blitz, and Churchill was their champion.

A true leader will help us gird ourselves for a long and costly battle, not just of ideas and belief systems, but one involving bullets and bombings, poisonings and pandemics, and the tragic loss of human life.

That leader will tell us to expect this war to last for the next 50 years with a cost of up to 2,000 civilian lives a year. To do anything less is malfeasance.

So sit back, relax, and enjoy a flight on my Blue Skyways.