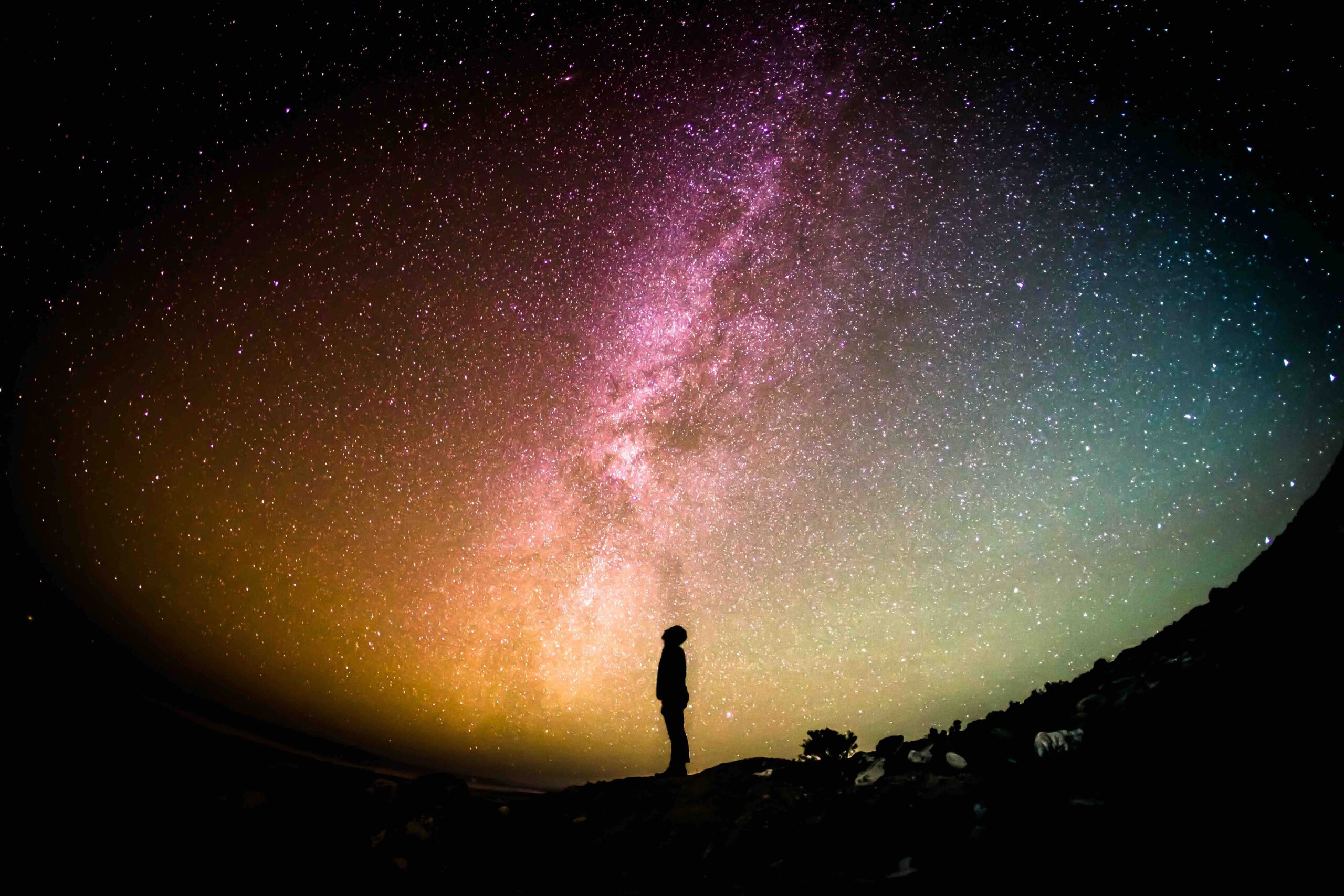 A few years ago I produced this short film in which I discuss my emerging thoughts about God. About ⅔ of the way through the film I make an oblique reference to the 4% universe. Specifically, I said:

We have this world, this universe, with all of its dark energy, 96% of all known matter, vastly more complex than all the drops of all the seawater of all the oceans on all the planets everywhere known or unknown.

It just occurred to me that my statement could use some clarification.

The statistic comes from the book “The 4 Percent Universe: Dark Matter, Dark Energy, and the Race to Discover the Rest of Reality” by professor Richard Panek, wherein he tells the true story of how a handful of scientists have been racing to explain a disturbing aspect of our universe: only four percent of it consists of the matter we can verify scientifically, either empirically (like galaxies or molecules) or theoretically (like black holes). The rest is completely unknown.

This theory, which eventually led to Nobel prizes for the scientists who doggedly pursued it over decades, is about as mind-blowing as well, the idea of God itself. Imagine (and that’s all we really can do)…everything you see in this deep field photo taken by Hubble is just a tiny fraction of the universe.

It is honestly impossible for me to comprehend. Not just the Earth, but all common matter…every star, every galaxy, every black hole, is just a marginal part of existence.

The vast majority (96%) of all matter is somewhere “out there” beyond space and time, manifest as “dark energy” as it can be neither seen nor detected.

There (if there is a “there”) all bets are off. Every rule of science does not apply. Everything we know and believe is defied. The idea of dark and light do not apply. E=mC2 falls apart. All our puny concepts about space, time, matter, and dimensions mean nothing.

This is the idea I tried to convey in my film.

We may think of this revelation as new, the result of years of hard work studying Supernovae through the Hubble telescope, but that is only partly true. In the ancient Hindu scriptures, some dating back to 1500 B.C., we find references to dark energy and dark matter that illuminate our modern findings.

The Katha Upanishad (5:15), written no later than the 5th century, describes the “home” of the gods as built by Krishna in his third and final step of creating the cosmos:

There shines not the sun, neither moon nor star,
Nor flash of lightning, nor fire lit on earth.
The Self is the light reflected by all.
He shining, everything shines after him.

Perhaps an even older scripture, the Bhagavad Gita, illuminates further:

Neither the sun nor the moon nor fire can add to that light. This is my supreme abode, and those who enter there do not return to a separate existence.

A separate existence. It is a primitive concept, lacking supremacy as if our souls are contained in our bodies like a liter of water in a hermetically sealed bottle. Humbug! Physics is dissolving into a world of shadows and illusions, where if we are willing to see it, everything, including you, including me, is a continuous field of matter and energy.

We are…everywhere…even “out there.” Einstein glimpsed this truth nearly 100 years ago, but the Hindu mystics were way ahead of him. No wonder Robert Oppenheimer studied the Gita. He saw it too.

As a young man, I believed the Bible contained the answers to everything. Now I have come to believe that I know nothing. It’s a true oxymoron — the more I learn, the less I know.

Did I make myself perfectly clear? I hope not. The 96% deserves better.

I’d like to thank my guest Robert Kopecky, who when I asked “What book do you wish you’d read when you were 20?” said, “The Bhagavad Gita as translated by Eknath Easwaran.”  I read the book, and it is indeed a mindblower.

Many of the ideas you read above are a feeble reflection of what Mr. Easwaran brilliantly conveys in his foreword to the book and each chapter of the Gita. I recommend it.