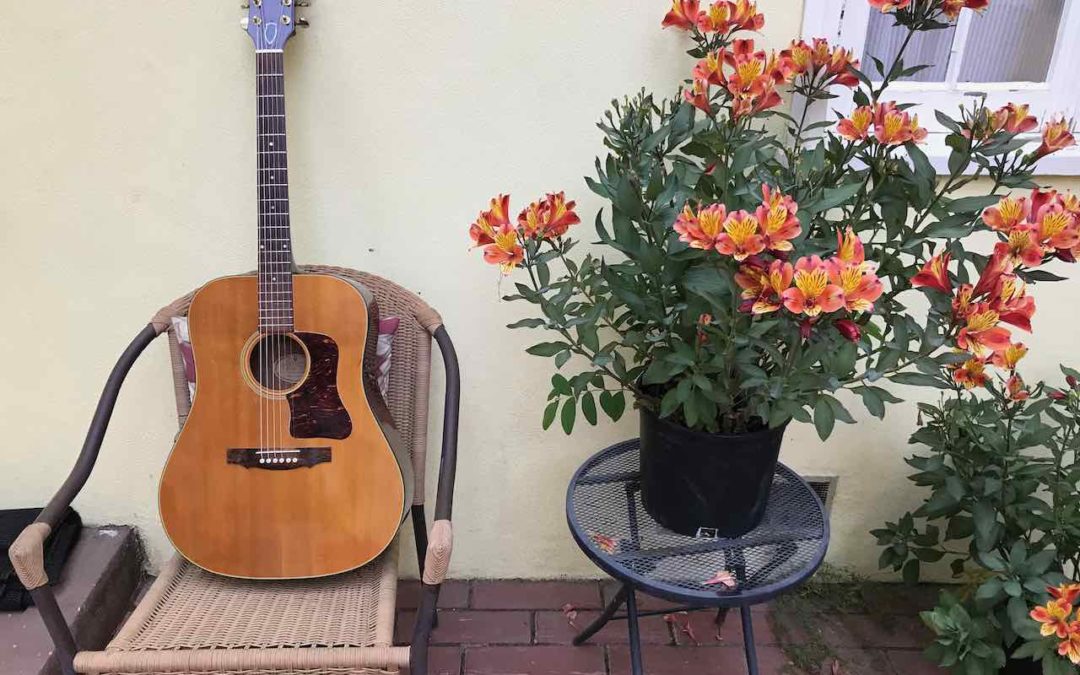 Knowledge alone does not bring about change in the core of a person. Only honest observation, steady practice, and repetition will do that, driving knowledge into the “muscle memory” of the soul.

What you’ll find below is an essay that was originally a chapter in the working manuscript of my third book Blue Skyways. Although I chose not to include this essay in the final manuscript, I still like it and believe it has value, so I am posting it here for you. I hope you enjoy it!

No job. No wife. No house. A little money...and 12 months of free airfare.

What would you do?

That's the question I asked myself at the beginning of 2019, leading me on the adventure of a lifetime, from the coast of Portugal, to the sands of Morocco, to the islands of Panama, with many places beyond and between.

Blue Skyways tells the astounding stories of the people I met on that journey, how I was affected, and about the perspective of a man who has been around the sun 63 times and across the world a few. As you will learn, death became my travel companion, partly at my invitation.

Click on the orange button below to get exclusive chapters, photos and insights from the trip, my monthly newsletter, plus a bundle of goodies that are immediately yours for free.

In our desire to have that certainty about how someone else feels about us, we create the feeling that we are insufficient as a person. We are looking to fulfill our need for approval and end up creating the appearance of neediness. What we fear in life causes us to create the very circumstances we are trying to avoid.

In his book A Purpose Driven Life, author Rick Warren suggests a model for life that has always made sense to me. Rather than the old idea of life being a series of hills and valleys, highs and lows, Warren says life is more like a train rolling down a track. One rail of the track represents all the “good” and positive things going on in your life, and the other rail is all the “bad” or challenging things going on at the same time. Life, Warren suggests, always has some blend of these two experiences happening simultaneously, and down the road we go.

After many years of traveling that road (in my case more than 60), one learns there is no absolute “good“ or “bad,” rather only a set of life experiences that offer challenge and opportunities for personal growth, or as a friend used to say: AFGO (“Another Fucking Growth Opportunity.”) It’s all just life.

I often find that a “bad” experience works for my good, but rarely the other way around. It’s all good. We have the vast opportunity to accept every experience as it is, without judgment, and glean from it whatever useful lesson we can. “Keep the meat and throw away the bones,” a good friend of mine often says.

Awareness of this kind brings about a form of emotional stability, a smoothing of life‘s “hills and valleys,” or what the ancient Greeks practiced as “stoicism.” A solid tutorial on the stoic life philosophy is found in William Braxton Irvings’ book A Guide to the Good Life: The Ancient Art of Stoic Joy. Marcus Aurelius and Seneca the Younger were ancient thought leaders in the stoic philosophy.

Contrary to urban myth, Stoics are not devoid of emotion, that is, they are not Spock-like creatures who suppress their humanity. They are, rather, those who seek a stable inner peace by detaching from the people, places, and things that trigger us, make us mad, or jerk us around, causing us to feel either ecstatically happy or miserably depressed.

In this way Stoics are quite similar to Zen Buddhists. Learning to be content with what you have, instead of constantly longing for what you don’t have, is one of the secrets of happiness.

In a classic case of dualism, however, we encounter a competing, equally valid force that pulls us in the opposite direction. Rather than just accepting “what is” and learning to be happy with it, we also have desire. If we just accept what is, what would motivate us to reach for something better than what we have? What do we do with that uniquely human instinct to better one’s circumstances? Is that not the source of energy for all human evolution? How would I ever ask for a raise, or do one more pushup, or learn a new skill, if I did not have desire — a desire to do better, a desire to be better?

The answer to the conundrum lies in the nature of dualism, that is, two truths that are equally valid. Desire is just as valid and useful as acceptance. Both are needed. Wisdom is knowing which approach to use when, or how to blend the two.

Understanding the path to wisdom is one thing — practicing it is another. Despite agreeing with the principles of “stoic joy,” (an oxymoronic term on its surface), the depression that started in Guanajuato deepened when I left that city and travelled to Oaxaca, Mexico. The trigger was a clumsy phone conversation with my second wife. She had not called in weeks, leading me to believe she did not care where I was, whether I was ill or well, or if we might see each other again. I felt completely uncared for. I longed for something I did not have, her affection, and that brought me down.

But why? The answer lay within.

When I examined my depression, I saw that my feelings of self worth were still highly dependent on whether or not I was acceptable to this woman. I had yet to detach from her. I had yet to fully depend on something that should be rock solid in a man — an internally generated, unshakable and irrevocable sense of self worth.

I was not yet seeing myself as I am, a man who will naturally attract some people but not others. Those I attract come near. They will call. They will show interest. Those I don’t attract will not come near, and there is no amount of pleading, manipulative behavior, or sophomoric game playing that will change that. You can’t push a rope, or as Bonnie Raitt sings so beautifully, “I can’t make you love me if you won’t.”

When a man is walking in his integrity and in the fullness of his authentic self, and people move away, then his best option is to shrug and move on. Then he is accepting what is and what he cannot change, while at the same time, desiring something (or someone) better suited for him. His choice to walk away makes space for that.

Even if you are a genuine asshole, at least own it and don’t try to paper over your character flaws with the nauseous, pathetically unattractive veneer of niceness. That just drives people away further. You can’t make people like you, nor should you try to. I know that in my head. That’s knowledge.

But knowledge alone does not bring about change in the core of a person. Only honest observation, steady practice, and repetition will do that, driving knowledge into the “muscle memory” of the soul, or as an old Pastor of mine used to say, “The 18 inch conversion” —  the distance from head to heart.

Making an 18 inch conversion stick requires the same disciplined practice as learning anything new, such as learning a new chord on the guitar or how to deliver a powerful serve in tennis. Focus. Attention. Refine. Repetition. Repeat…again and again.

Get Brant's FREE Bundle of Goodies!

Click on the orange button below and get a bundle of goodies I prepared just for you, including: