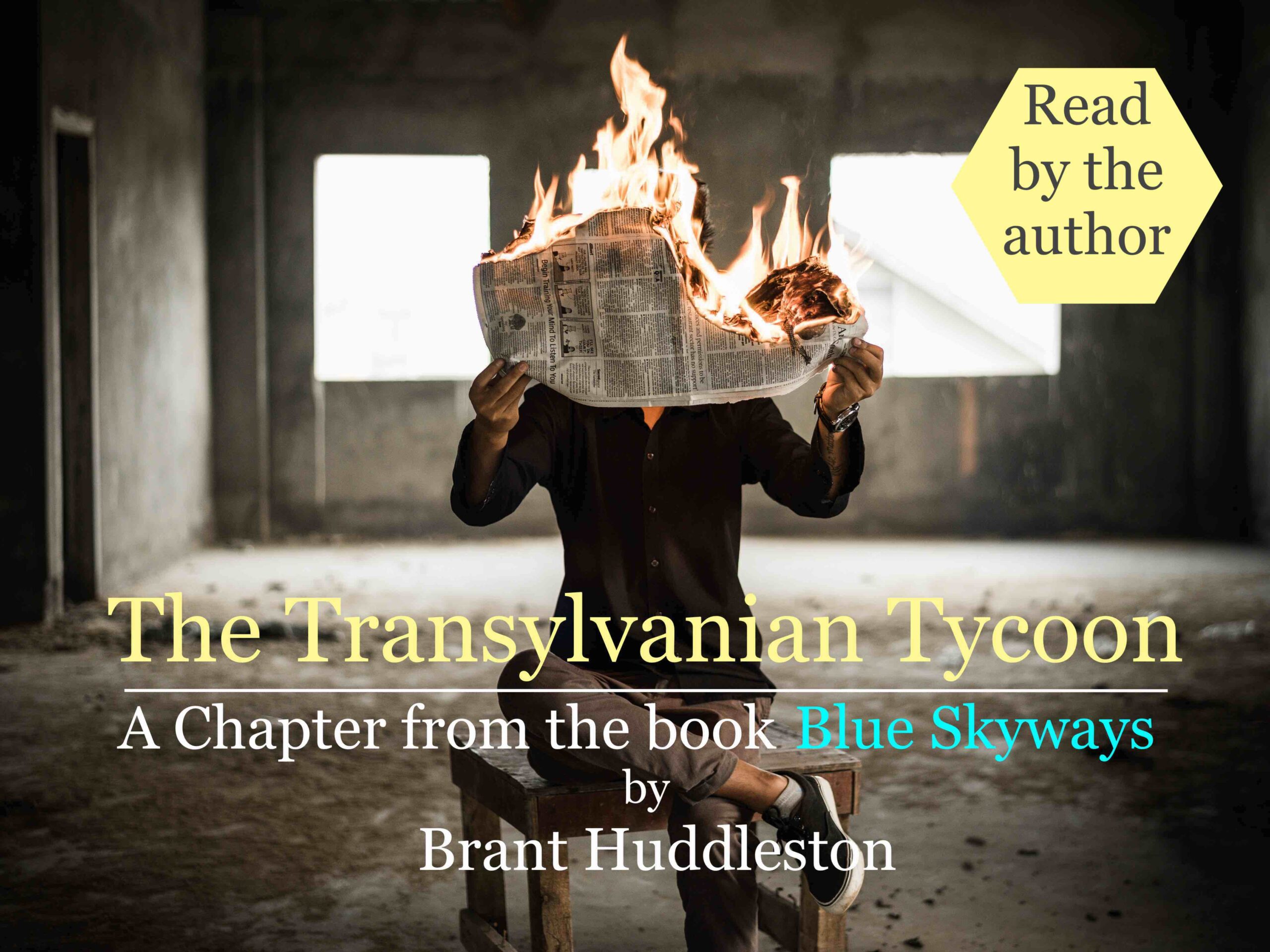 The following chapter is taken from my third book Blue Skyways, available now in paperback and audio from Amazon. You can either read the chapter here, or listen to it as read by the author. Either way, I hope you enjoy it.

To understand the sounds of birds and motorbikes you might hear in the background of the recording, watch this short video first.

​Considering I had an open ticket to go almost anywhere in the world, Los Angeles is not a place I would normally choose to visit. In fact, I hoped to stay outside the U.S. as much as possible during my year of free travel. But there were opportunities to visit family that I did not want to miss, and seeing my nieces in Los Angeles was one of those.

One niece, the tattooed and pierced one who tutored me on the Pisces moon, lives in a large, rambling, funky two-story house with a pool in Studio City, just north of L.A. The many rooms are rented out to a motley crew of people a lot like her — fun-loving Bohemians who are all, in one way or another, engaged in California’s nascent and legal cannabis industry. Marius was one of those people.

By my guess, Marius was in his early 50’s. He possessed an intensity and energy that demanded attention whenever he entered the room, so it was no surprise to me when my niece, a former model, told me Marius once started and managed one of the most successful fashion magazines in L.A. This venture made him a millionaire by the time he was 26 — a fortune he would lose, win again, and lose a second time. “Money comes and money goes,” the saying goes, and so it was with Marius. But what made Marius’s life astounding was the story of his childhood in Transylvania, a country he lived in from the time he was born until he emigrated to California at the age of 20.

Transylvania, now part of Romania, once belonged to the ancient Christian Kingdom of Hungary. The mountainous territory is tucked in-between the Black Sea and the Apuseni Mountains, giving Transylvania a tactical military advantage in the warring centuries of the Crusades. Transylvania’s geographic proximity and fierce people made them the historic gatekeepers of the Kingdom. For hundreds of years, Transylvania stood guard against the Ottomans who had breached the walled city of Constantine and felled the Byzantines, thus ending the 2,000 year reign of the Roman Empire. Transylvanian’s guardian role in the Kingdom (and later in the powerful Austro-Hungarian Empire) was critically important, and I could tell Marius was proud of his country’s storied history. There is more to Transylvania, I learned, much more, than its reputation as the homeland of the fictional Count Dracula.

Transylvania was deeded to Romania by Allied powers in 1944, and quickly fell under the influence of the Soviet Union, its giant neighbor to the north. For the next 20 years, Soviet Communists led campaigns of purges in which numerous “enemies of the state” and “parasitic elements” were targeted for different forms of punishment, such as deportation, internal exile, and internment in forced labor camps and prisons (sometimes for life), as well as extrajudicial killing. In 2006, a Presidential Commission for the Study of the Communist Dictatorship in Romania estimated two million people were direct victims of communist repression.

Things were bad for Transylvanians in the decades after WWII, but they were about to get worse.

In 1965, communist strongman Nicolae Ceaușescu took power in Romania, implementing methods that were among the harshest, most restrictive and brutal in the world. Thus began 30 years of new hardship for Transylvania. Economic mismanagement by communists led to drastically lowered living standards and shortages in food, water, oil, heat, electricity, medicine, and other necessities. This is the country into which Marius was born and raised.

Then in 1989, Ceaușescu was overthrown in the Romanian Revolution against communism. He and his wife (who fostered a personality cult even greater than his) were executed by a Romanian firing squad on Christmas Day that same year.

Finally free of communist tyranny, the country of Romania, with Transylvania in tow, began its migration to democracy, a transition that is still underway. As democracy flowered, people gained the freedom to leave Romania, and some did. Marius was one of those.

Marius and I bumped into each other in the house kitchen, where we popped open a bottle of red wine and began snacking on dates, almonds, cheese, crackers, and chocolate.

“I was in the sixth grade,” Marius told me, grabbing a cracker, “and the teacher asked me why I was late for school. I gave a smart-aleck answer because I was drunk.”

“Why were you drunk in the sixth grade?” I asked.

Marius laughed. “We were all drunk back then.”

I got the idea they didn’t drink for recreation, but rather to escape the hardship that surrounded them.

“What did you say to the teacher?” I asked.

“I told her I was late because I had to stand in line for bread at the store. You see, back then, under communist rule, everything was scarce. Bread. Medicine. Milk. Eggs. Shoes. Everything. The store shelves were always empty, and when things did come in, there were long lines to get them. That was reality in the communist system, but it was a reality the local party did not want people talking about.”

Marius lit a cigarette. “Before I got home from school that day,” he said, blowing smoke toward the ceiling, “they took my mother and beat her so brutally I did not recognize her. They took my father too, and would have beaten him, but he fought back,” Marius said with a touch of sadness and pride. “Terrorizing my family is how they tried to teach me a lesson — never say anything bad about the party or the communist system.”

Marius blew more smoke out of the side of his mouth.

“The Communists tried to control everything,” he said. “They bugged phone calls. They stopped all trains from going west to prevent people from escaping to freedom, but many tried anyway. When rebels were caught, the Communists shaved the captives’ heads. There were a lot of bald people in my village,” Marius said with a laugh. “The only men with long hair in those days were the ‘artists,’ and they had to get a license for that.”

Marius was generally upbeat, but he grew somber when he told me how there were times when whole villages would disappear overnight because one or a few of the townspeople dared to step out of line. “You would go there one day,” he said. “And there would be nothing left of the village. Not a trace of it. People were disappearing like that too. All the time.”

Just having spent a few weeks in Sedona County, California, an ultra-liberal Mecca by U.S. standards, I wondered how Marius felt about some Americans’ growing romance with cultural Marxism, such as the kind one finds among the so-called “Woke.”

“I think they’re insane,” Marius said when I asked him. “I’ve seen firsthand how that movie plays out, and it isn’t good. If it continues to go that way here in the U.S., then I will leave and watch from another country, but I won’t live under the tyranny of a few intellectuals who think they know better how to live than I do, but are willing to use the violent power of the state to force their orthodoxy upon me. Been there. Done that.”

“But, you know,” Marius said with a twinkle in his eye, “in any system, no matter how tightly controlled, there are always loopholes. That’s how the Transylvanian shepherds became millionaires.”

By now, Marius and I were finishing the last of the red wine, and with our glasses full, I settled in for the story.

“Tell me about the millionaire shepherds,” I said.

“Well, you see,” Marius said excitedly. “The Communists tried to control every aspect of the economy, from the production of goods and services, to the currency, to how much you could buy. But they missed one thing.”

“Sheep were like money,” Marius said, taking a swig from his wine glass. “They had value. You could trade with them. You could buy things with them, and the shepherds had thousands of sheep, tens of thousands even. That’s how they became millionaires. But the Party eventually figured it out and put an end to that too. It wasn’t until Ceaușescu was overthrown that the madness of communism ended, and today my country is doing better.”

The last time I saw Marius, he was running for the airport wearing a black leather jacket with silver buttons, a broad-rimmed black cowboy hat, blue jeans, and a pair of sharp-toed cowboy boots.

“Where are you off to, Marius?” I asked.

“To meet my fiancé in London. We just met at Burning Man, and when I asked her to marry me, she said ‘yes!’ She’s only 26 years old.”

“Well, God bless you, sir,” I said. “Much happiness to you both.” Then off he went, the descendent of vampires and warriors, a former communist and fashion magazine tycoon, a man whose fortunes come and go like the tide, and one who will only live where he can be free.

“I hope the tide comes back in again for you for Marius,” I said to myself as he drove off. “I really do.” 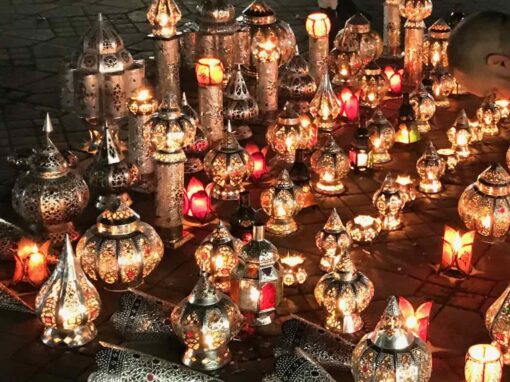 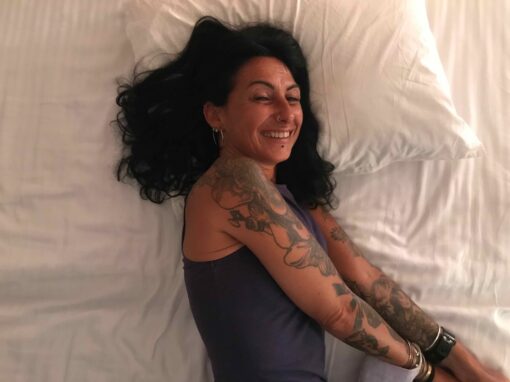 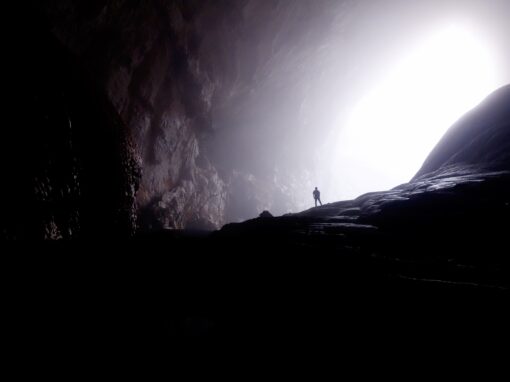 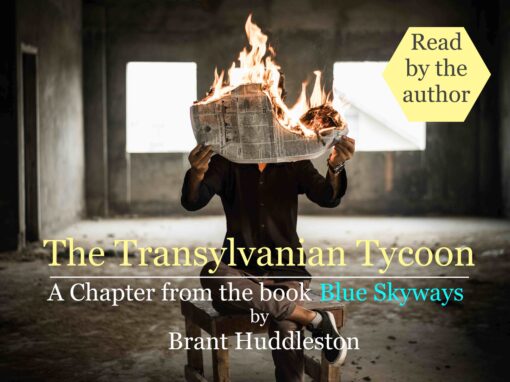 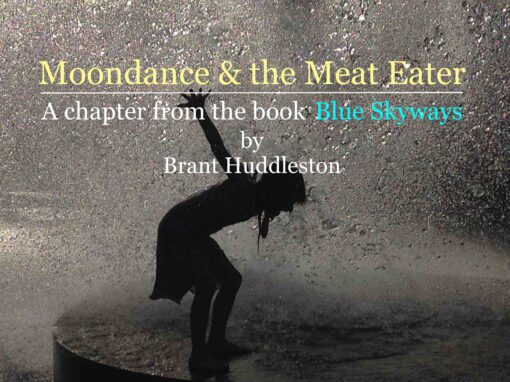