“And in the End, the Love You Make” with David Dedrick from Compleatly Beatles, Part 1 of 2 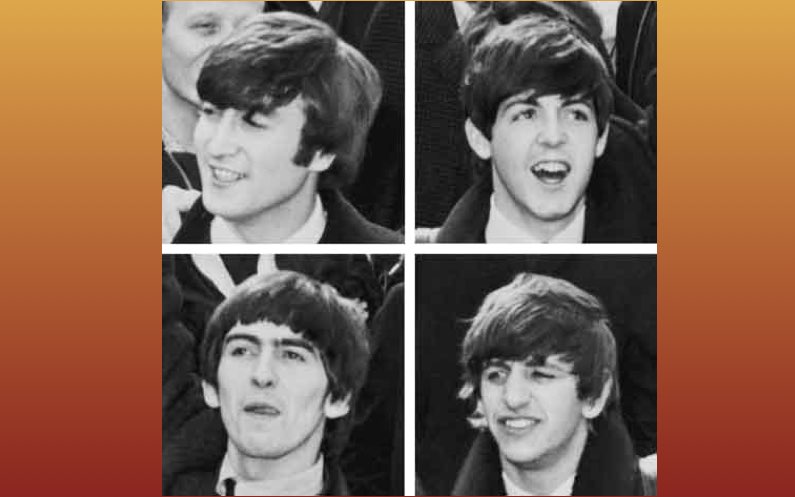 I think it’s safe to say that the Beatles were one of the most influential and innovative rock bands in the history of the genre. The power and impact of their music is hard to overstate. Ever since I first heard them on the Ed Sullivan show in the early 60’s, I knew the Beatle’s were special, and their magical songs became milestones in my passage through youth into adulthood.

My guest on this show, David Dedrick, is one of the world’s leading experts on Beatles’ music and lore. He and his partner Ian Boothby host a podcast called Compleatly Beatles, and I am a huge fan of the show. What do the Beatles and death have in common, you might ask? We start by discussing the famous rumor that one of the Beatles, Paul McCartney, had died and been replaced by a look-alike. The rest is more than I could fit in one show, so please join me and David for Part One of the Dance to Death Afterlife Podcast Magical Mystery Tour.

In this episode you’ll learn about:

Products Mentioned in this Show:

Some of the links found in my show notes lead to places where you can purchase the product mentioned. In most cases I earn a commission at no extra cost to you if you do choose to purchase. Buying products through my links is one way you can help me to keep the show going, with my thanks. If you have any questions related to the product, please let me know and I’ll do my best to answer them. Just write me at brant (at) danbra (dot) com. Thank you!

Did any of the Beatles reminisce on his own death? If so, which one, and what insight did he share?

Clearly John was a very sensitive soul under his hardscrabble exterior, and I sense that death affected him deeply. We have the masterpiece “A Day in a Life” as evidence of that. In what other ways do you see death affecting John’s life and music?

Those of us who have survived youth remember feeling invincible in our teens and 20s, and my guess is the Beatles were no different. But they were hit hard by the death of manager and friend Brian Epstein. How do you think that experience affected them at a soul level?

John’s death must have shaken the other Beatles to the core. What can you tell us about how they responded to the news? I’m especially interested in knowing how Paul felt at the time. Was there ever a crack in the mask through which we glimpsed the mortal?

My own read of John’s death is that he has become somewhat of a martyr for his peace activism, largely due to his song Imagine, which as you know was not a Beatles song. What other impacts do you observe from John’s death on the world at large? What impact do you think his death had on the music community?

Same question for George. Comment on the events leading up to George’s death. Why did the “quiet Beetle” go so…quietly? Did the world even notice when he died?

How did George’s death affect the living Beatles?

It seems the world’s geniuses, from Newton to Lennon, do their greatest work in their 20s. It appears Lennon & McCartney were no different. What are your views of their musical genius in the cruel light of history? What evidence have you seen from Sir Paul since the Beatles that he is indeed a musical genius? Or was his genius only revealed in the context of that magical mix of people, culture and technology that can never occur again?

I’d like to encourage our listeners to check out all the Compleatly Beatles Podcasts, and especially the episodes on the Magical Mystery Tour and White Album One records, where you discuss the whole “Paul is dead” myth. Summarize that myth for us. Is there anything new you would like to add?

We know from Lennon’s song “Glass Onion” that the walrus was Paul, and Paul posed as the walrus in on the Magical Mystery Tour album cover. How is the walrus a symbol of death?

I became aware of the Paul is dead myth in the late 60s or early 70s. At that time I had a European version of one album, Magical Mystery Tour or Sgt. Peppers, that had a strange runout track on it. I listened to that runout for hours as a young teen, believing I was the only one who had it, and that it held a secret to unlock the mystery of Paul’s death. For decades I have wondered about that track, and now, thanks to your podcast, the secret has been revealed. Tell us about Beatles runout tracks, and about mine in particular.

I recall from my youth seeing an artist rendering of what the four Beatles would look like as old men. Was it included in the White Album? Tell me about that picture.

The Beatles injected such a powerful and beautiful image of youth and vitality into the baby boomer culture. How do you think Beatles fans are doing allowing Ringo and Paul to grow old? To what extent are we wanting to keep them prisoners of their past? If the latter, is this a sad case of life imitating art, in that boomers are in denial of aging and death, and so we won’t let it happen to our icons either?

Have you seen any evidence that either Paul or Ringo think of themselves as old? What lessons do you take personally on how they have dealt with aging and death?

As the curtain of time falls on the men themselves, with two gone and two in their 70s, how do you think the world is changing its views on the individual musicians? Is the postmortem George finally getting the respect that is due him? What about Ringo?

How do you feel the three major composers’ music is holding up over time?

What can you tell us about the funerals or memorial services for John and George? How were they memorialized at the time? How closely did those services come close to what they wanted, or might have wanted? Where are their remains interred?

Have either Paul or Rtingo expressed any final wishes for themselves? If yes, what are they?

Do you secretly wish, as I do, that Ringo will outlive Paul so that we can hear a less varnished version of Beatle lore from this oft overlooked “fly on the wall?”