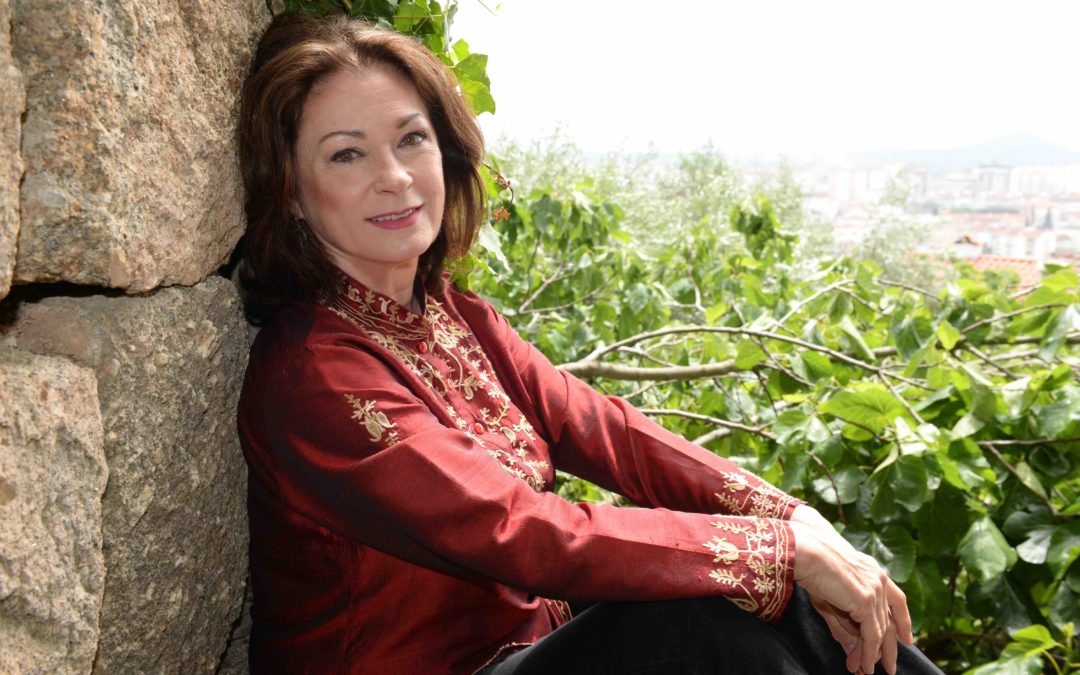 Today you’ll hear the second of my two part interview with Tricia Pimental (part one here), International Living Magazine’s Portugal correspondent, who bounced around the US with her husband Keith until then they landed in Fundao, Portugal, in the cherry capital of the country, about two hours north of Lisbon.

Why did she bounce? Well, you’ll have to listen to find out, but that part of her story sure caught me by surprise. Tricia also shares her personal nightmare in this show, and if you stay to the end, I have something to say about that. Don’t worry, the nightmare isn’t scary, and if you are considering a move outside the United States, you’ll want to hear it.

I really admire Tricia and Keith and how they teamed up on their great adventure. They each brought a unique and valuable perspective to their partnership, and then worked together through the challenges. The way they collaborate on their journey, which isn’t over yet by a long shot, reminds me of the model of marriage proposed in a book I read years ago by psychiatrist and author M. Scott Peck, called “The Road Less Traveled.”

In it, Peck compares married partners to a mountain climbing team who know that in order to succeed, they must have two things: a base camp where they can restore and prepare, and the daring to summit, that is, leave the safety and relative comfort of base camp and actually climb the damn mountain. If you do too much of either, summiting or base camping, then you are likely to reach your peak. It looks to me like Keith and Tricia make a pretty good team, and I admire them both.

So tune in for my continuing interview with an American living in Portugal, Tricia Pimental.

What you will learn from Tricia Pimental:

A Section from “The Road Less Traveled” by M. Scott Peck

If one wants to climb mountains one must have a good base camp, a place where there are shelter and provisions, where one may receive nurture and rest before one ventures forth again to seek another summit. Successful mountain climbers know that they must spend at least as much time, if not more, in tending to their base camp as they actually do in climbing mountains, for their survival is dependent upon there seeing to it that that their base camp is sturdily constructed and well stocked.

A common and traditionally masculine marital problem is created by the husband who, once he is married, devotes all his energies to climbing mountains and none to tending to his marriage, or base camp, expecting it to be there in perfect order whenever he chooses to return to it for rest and recreation without assuming any responsibility for its maintenance. Sooner or later this “capitalist” approach to the problem fails and he returns to find his untended base camp in shambles, his neglected wife having been hospitalized for a nervous breakdown, having run off with another man, or in some other way having renounced her job as camp caretaker.

An equally common and traditionally feminine marital problem is created by the wife who, once she is married, feels that the goal of her life has been achieved. To her the base camp is the peak. She does not understand or empathize with her husband’s need for achievement and experiences beyond the marriage and reacts to them with jealousy and never-ending demands that he devotes increasingly more energy the home. Like other “communist” resolutions of the problem, this one creates a relationship that is suffocating and stultifying, from which the husband, feeling trapped and limited, may likely flee in a moment of “midlife crisis.”

The women’s liberation movement has been helpful in pointing the way to what is obviously the only ideal resolution: marriage as a truly cooperative institution, requiring great mutual contributions and care, time and energy, but existing for the primary purpose of nurturing each of the participants for individual journeys toward his or her own individual peaks of spiritual growth. Male and female both must tend the hearth and both must venture forth.

As an adolescent I used to thrill to the words of love early American poet Ann Bradstreet spoke to her husband: “If ever two were one, then we.” As I have grown, however, I have come to realize that it is separateness of the partners that enriches the union. Great marriages cannot be constructed by individuals who are terrified by their basic aloneness, as so commonly is the case, and seek a merging in marriage. Genuine love not only respects the individuality of the other but actually seeks to cultivate it, even at the risk of separation or loss. The ultimate goal of life remains the spiritual growth of the individual, the solitary journey to peaks that can be climbed only alone.

Significant journeys cannot be accomplished without the nurture provided by a successful marriage or successful society. Marriage and society exist for the basic purpose of nurturing such individual journeys. But, as is the case with all genuine love, “sacrifices” on behalf of the growth of the other result in equal or greater growth of the self. It is the return of the individual to the nurturing marriage or society from the peaks he or she has traveled alone which serves to elevate that marriage or that society to new heights. In this way individual growth and societal growth are interdependent, but it is always and inevitably lonely out on the growing edge.